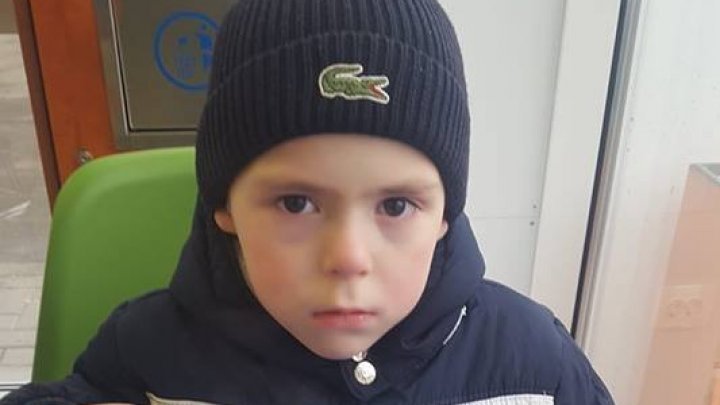 A 5-year-old boy was found this morning wandering the streets. His parents claim to have taken the boy to kindergarten, from where he run away, being mad at one of the institution's employees. The latter though, claims that they have not seen the child at all today.

Alexandru Vilisov was found at around 09:00 on Socoleni street, from Poşta Veche, by a passerby. The woman called the police.

"A team was immediately dispatched. Measures were taken, officers have established the identity of the parents and the kindergarten the child attended" press officer of Chişinău Police Department, Natalia Stati said.

The boy belongs to a family with eight children, the youngest being born only three days prior. During the incident, the mother was in the maternity ward, while the father at home, taking care of their other children.

"Our daughter took him to kindergarten and left for work. The boy fled from the daycare, apparently that is how well they take care of children. I was at home with our daughters, when I received a call from the police to come to the station and take the child, I asked them to bring him here. Of course I was shocked, as I believed him to be at the kindergarten" the boy's father, Andrei Vilisov said.

Director of No. 159 Kindergarten, Nina Munteanu claims that the child never stepped foot today in their institution.

"I wonder. Was the child brought here or not. No teacher saw him, no teacher took him in today" Nina Munteanu declared.

The boy's father claims that it is not the first time he runs away from the kindergarten. Last summer, he was found in a nearby yard. The child also claimed this morning that he no longer wishes to go to that institution, because he was mad at some of the teachers.

On another hand, Nina Munteanu could not say weather or not he was truly offended by the kindergarten.

"I don't believe he is harassed. When could it happen? I am not standing near him all the time: is he mad or not. I cannot say" Nina Muntean added.

The case is investigated by the Capital's Police. The person found guilty of leaving the child to his own devices, risks a nearly 900 lei fine, or to 60 hours of unpaid community service.