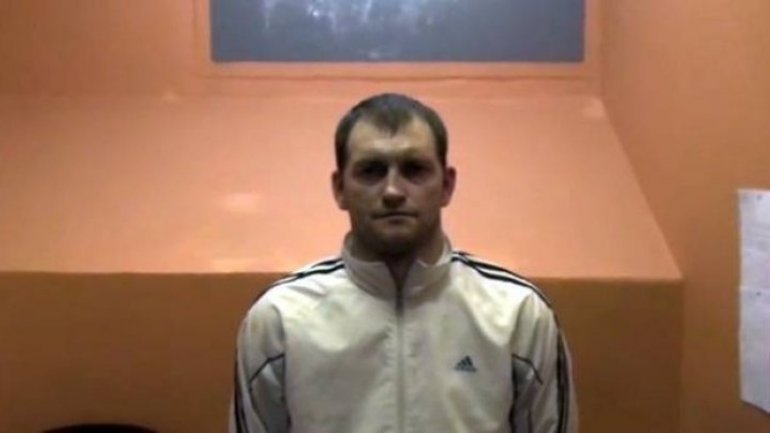 PDM and Vlad Plahotniuc will not comment upon false statements made by a killer sentenced to 21 years in jail. This is what PDM spokesman Vitalie Gumurari announced after Jurnal TV which belongs to the criminal Victor Ţopa broadcast an interview with the killer Vitalie Proca.

Read also Vitalie Gămurari: PDM and Vlad Plahotniuc will not comment upon false statements made by a condemned man from jail

"I can only say that we are working with a group of lawyers upon this institutions and will analyse everything tied to the legal activity in Romania and Moldova, as a result of this show we saw, coming from a member state of the European Union, from which many questions arise from the point of view of justice, the rest- politics and other such things- we do not wish to comment" said PDM spokesman Vitalie Gumurari.

According to attorney from Fighting Organized Crime and Special Causes, Vitalie Busuioc, the declarations made by Proca cannot be taken as evidence, as there are already more than enough proofs pointing that Renato Usatîi paid Proca for false statements.

"We take into consideration all the information made available for the public only when they match up with our evidence. But in this case they do not correspond and follow the interests of a certain person that we have unmasked through evidence and eyewitnesses, of course the investigation will continue objectively and it will be looked at from all points of view" Vitalie Busuioc stated.

After killer Proca made those declarations, Russian businessman Gherman Gorbunțov soon followed. The man claims that this whole circus is organized by Renato Usatîi, who according to the entrepreneur, was the one to hire the failed assassination.

"What can I say? Proca works for his client. Unfortunately now, he doesn't have a gun anymore and can only say things for money. This is a forged story. I believe that Proca loves his family and did this so that they will receive the cash, which they most likely already did" Gorbunțov mentioned.

Gherman Gorbunțov announced that unlike Usatîi, Vlad Plahotniuc had no reason to wish to get rid of him:

"Truthfully, I don't really know the man. I only know that he is a good businessman and an influential person. We perhaps met a few times, but there is no history between us. How can I take this seriously? This story can be interpreted any way, but it will not succeed.  I cannot think of a reason why Plahotniuc could possibly be mad at me for."

The lawyer Radu Cijicenco approves, he visited the killer Vitalie Proca, at the request of his mother-in-law, but not on Democratic leader's request. Venera Gasparean asked him to meet his son-in-law in a prison from Romania, to take a text from him and bring it in Chisinau.

''I suggested them it would be better to do it through a complain addressed to the Moldovan authorities. So, I wrote a complaint on a paper and addressed it to the General Prosectutor'', said the lawyer.

Cijicenco also said he didn't transmit any money to Proca:

''I only discussed with Proca about the end of our cooperation relationship and  mutual contractual obligations. The thing that determined me to interrupt the relationship with Gasparean family was the discussion with Proca, who told me they are ready to call the press and make any declarations for a certain amount of money. There was named a sum of five hundred thousand euros, from 600, as far as I remember.

Deputy head of the General Inspectorate of Police denies that he was part of the prosecutors group who were in Romania for meeting with the killer.

"Proca lied and it was obvious that he was prepared by somebody and he was about to vocifer the Cavcaliuc family. I want to say with all responsibility that I was not among the three prosecutors at Proca, I did not do that at that time in Romania in Jilava and I was not part of the investigation group who went to visit him, "Gheorghe Cavcaliuc, Deputy Head of PGI, said.

Vitalie Proca was convicted to 21 years in prison, because he attended to the life of a young man, that was confused by him with a political leader. Previously, he committed a life attend in London, on October 16. On this case, the attorneys from Chisinau started a penal case.

Proca's interview left the impression that the whole interview for Jurnal TV was staged and he learned his lines well beforehand, wrote Romanian journalist George Damian for moldnova.eu.

We specify that right after Proca's interview Renato Usatîi appeared on skype and continued to lay blamed upon PDM's leader.