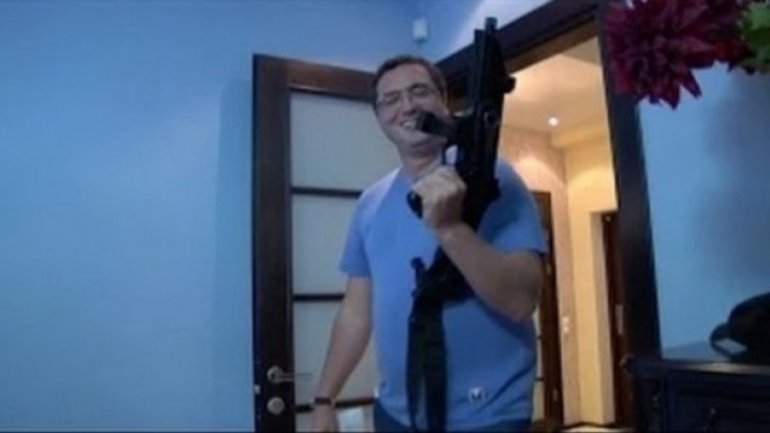 He only gave voice to Jurnal TV which belongs to criminal fugitive Victor Topa, but does not want to answer other journalists' questions. We are talking about Renato Usatîi, accused of having ordered the assassination of Russian banker Gherman Gorbuntov.

After Thursday's commentary on the interview given by the killer Vitalie Proca, the following day, he refused to say how long he knew Proca and how they met.

"You can make a statement to the Prosecutor's Office attached to the Tribunal in Bucharest to let you know what status I had in the file when I started communicating with Proca," said Renato Usatîi, leader of Partidul Nostru.

Disturbed by the questions of journalists, Renato Usatîi chose the easiest way to get into the show.

"You'd better leave Publika to TV show Ora satului, Ora de Ras (Laughing Hour), Iartă-mă. We will build a kindergarten, and all of you get to work. You come in Moldova to build kindergartens and schools." Renato Usatîi said.

Now, leaving Moldova, Usatii says he passes the polygraph test, although he refused to do so before.

"I passes any polygraph, but not the one from Chisinau. The Polygraph from Romania, the Russian Federation, Germany, the United States, "said Renato Usatii.

Even if he previously admitted that he had sent money to the killer Vitalie Proca, this time, Usati refused to give explanations.