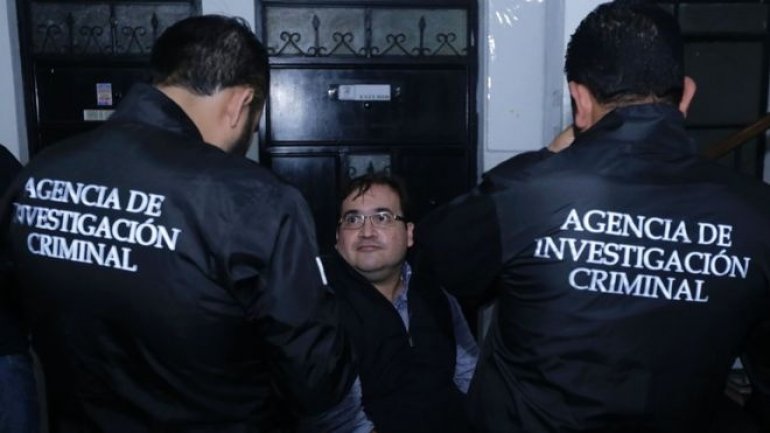 A former Mexican state governor who has been on the run for six months was arrested on Saturday, police said, according to BBC.

Javier Duarte, the former governor of Veracruz state, is suspected of corruption, involvement in organised crime, and embezzling millions.

He was arrested in Guatemala in a joint operation between Interpol and Guatemalan police, Mexico's attorney general said.

He is expected to be extradited to Mexico at a later date.

Guatemalan police said Mr Duarte was found and arrested in a hotel lobby in the city of Solola.

He is suspected of having siphoned off at least 645 million Mexican pesos ($35m; £28m) of public money that was put into a series of shell companies.

Mr Duarte resigned his post to face corruption allegations - but then disappeared in October 2016.