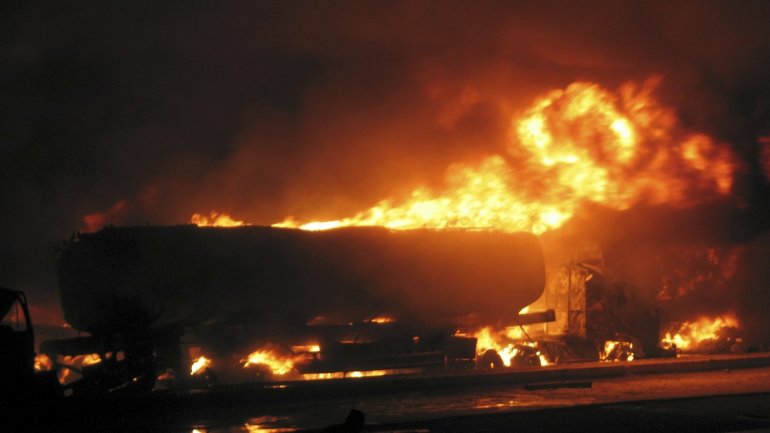 At least 73 people have been killed and 110 injured in a fuel tanker explosion in western Mozambique, officials say, according to BBC.

The circumstances of the blast on Thursday afternoon in the village of Caphiridzange in Tete province, near the border with Malawi, remain unclear.

Some reports say the driver of the tanker was trying to sell fuel to villagers, others that he was ambushed.

The blast itself may have been caused by a lightning strike or a fire nearby, reports say.

Dozens of charred bodies lay around the blast site. Some of the badly burned victims had tried to run into the local river, Radio Mozambique said.

Another report said the vehicle had crashed on Wednesday afternoon and that villagers were siphoning off fuel when it exploded on Thursday.

The government said it "deplores the loss of life... and is currently providing the necessary assistance in order to save lives and to comfort the victims' families".

Three ministers are due to arrive in the area on Friday to oversee the rescue work and carry out an inquiry.

Mozambique's government recently increased the price of fuel in response to the fall of the local currency against the dollar.

Mozambique is one of the world's poorest countries, with more than half the 24 million population living below the poverty line.

It gained independence from Portugal in 1975 but is still suffering from the effects of a 16-year civil war that ended in 1992.