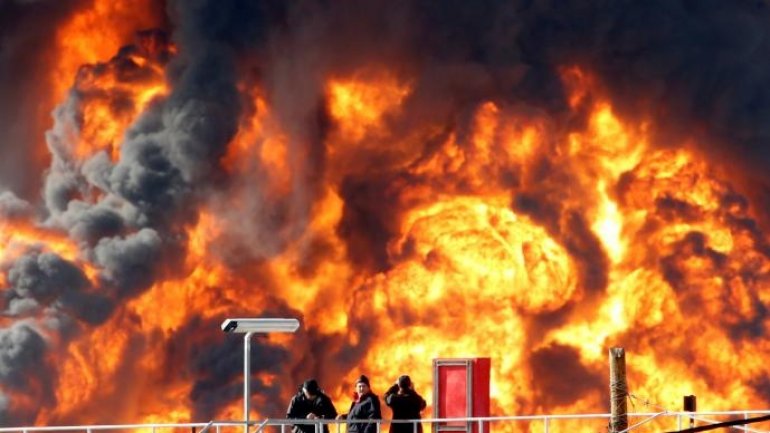 A fire erupted in a fuel tank at Oil Refineries Ltd in Haifa on Sunday, sending thick black smoke into the sky above the northern Israeli port city, informs Reuters.

"We have a fuel tank on fire. The level of the fuel in it is relatively low, about a metre (three feet) high," Uri Chibotero, a Haifa Fire Brigade spokesman, said on Israel Radio.

He said firefighters were working to prevent the flames from spreading to nearby tanks and that he expected the blaze would be extinguished within a few hours.

There were no immediate reports of injuries, police spokesman Micky Rosenfeld said.

Video from the scene, on Israeli media websites, showed flames and black smoke pouring from the tank.