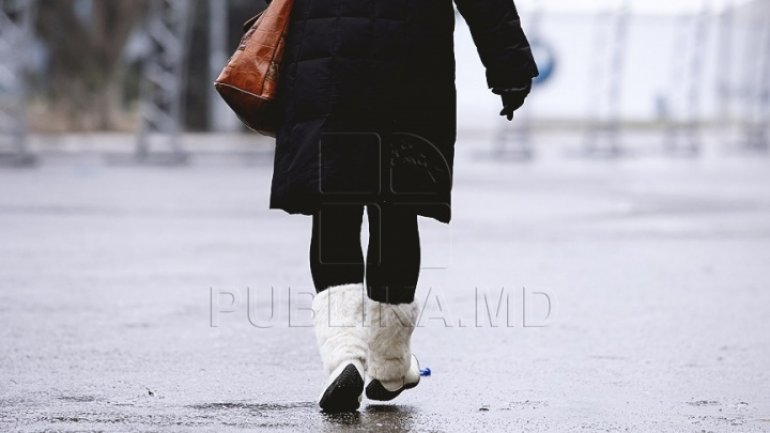 Head of the Health Directorate, Chisinau, Mihai Moldovanu reported that in the past two days, frozen roads caused 30 people to be admitted to the hospital for multiple traumas, after falling down on the streets. Interim Mayor of the Capital, Silvia Radu is displeased with the situations and requests urgent measures to be taken.

In the past few days, due to frost, citizens of Chisinau fear for their health and try to be more careful when walking on the streets, as most sidewalks were not covered yet by skid-proof materials.

The situation also displeased interim Mayor of the Capital, Silvia Radu, who requested urgent measures to be taken.

"In the past week we had registered 30 cases. Those who required medical assistance were transported to the hospital. All caused by frost" Head of the Health Directorate, Mihai Moldovanu said.

"Two day, 30 cases, we cannot tolerate this situation. I ask you to take actions and stop idling" Silvia Radu requested.

This year, to avoid frost on sidewalks, authorities will use for the first time along with calcium chloride, a new type of ecologic skid proof salt.

Employees have no idea so far what quantity is required to be spattered, which causes delays.

"We used liquid skid proof material, an ecologic solution we announced not long ago. We used it on sidewalks, but because it is the first year, it is our first attempt to work with it and have yet to figure out the correct amount required to create a skid proof effect" Vasile Efros, the chief of the Communally Direction said.

For the whole winter season, authorities are prepared to use 250 tons of salt on sidewalks from the Capital, 30 tons of calcium chloride and 20 tons of ecologic solution.  In exceptional cases, the employee will start sometimes spreading sand.