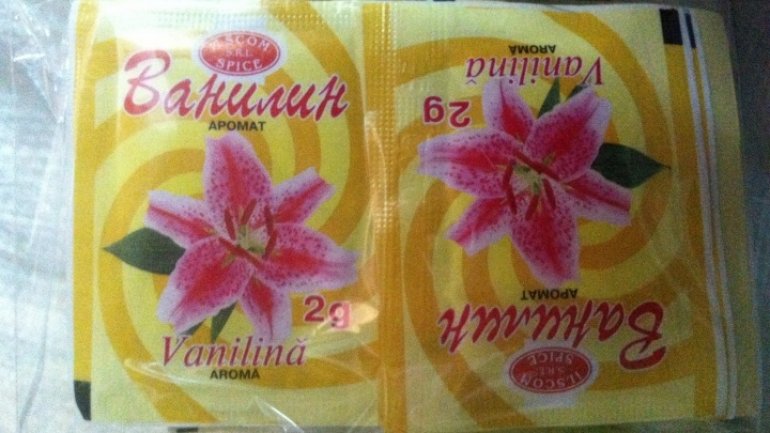 After certain searches, the frontier policemen captured goods in sum of 100 thousands lei, without accompanying documents and brought illegally into the country.

There were registered two cases. On April 10 of the current year took place the first detaining, after the inspectors of the Mobile Teams stopped a car for verifications, driven by a citizen of Azerbaijan, having information that he is involved in smuggling schemes with large consumption goods.

The inspectors of the Mobile Teams detected several lots of food products in assortment such as (gelatin, powder and vanilla beans, bay leaves, etc.) without accompanying documents, as a result of the effectuated physical control.

The goods were introduced in bulk on the territory of Moldova, through the transdniestrian region, with the bypassing of the internal control customs offices, after that packed and sold on the local markets, according to the operative information held by the customs officers.

The inspectors of the Mobile Teams detected an imposing lot of rubber slippers, in total number of 1.304 units, the provenience of which couldn’t be justified by the driver of the mini-bus in which the goods were found.

The footwear articles were dissimilated among several bags of onions, for which the driver held accompanying documents. The investigations are continued in order to establish all the circumstances of the production of the respective infringements and the attraction to responsibility of the persons involved.