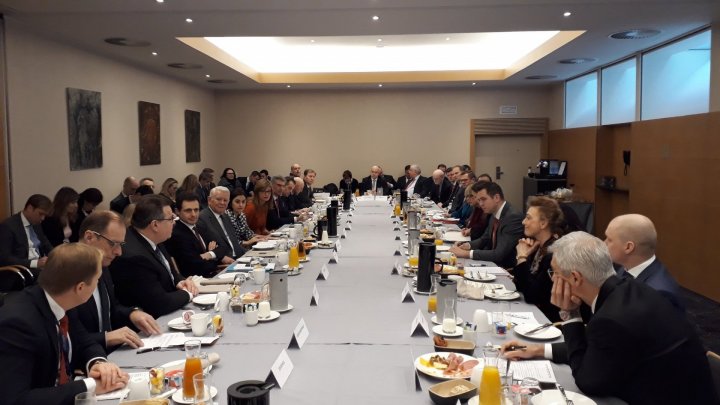 Amid the talks at the European Council on Foreign Relations, the group "Friends of Moldova" encouraged our country to continue implementing reforms based on EU Association Agreement. At the group's reunion, made out of EU Foreign Ministers and representatives of EU institutions, participated Republic of Moldova's Foreign Minister, Tudor Ulianovshi.

The Moldovan official informed his counterparts of recent developments on the chapter of justice reform, anti-corruption, mass-media and consolidation of the banking sector.

Tudor Ulianovschi confirmed the decision taken by Moldovan authorities to continue fast implementation of the EU Associations Agreement. The official also spoke of recent progresses registered for completing the terms requested for the macro-financial assistance.

EU Foreign Ministers have accentuated the importance of speaking with their Moldovan counterpart.

Foreign Minister of Bulgaria, Ekaterina Zakharieva wrote on twitter that Moldova must be supported, because regardless who will win the elections from this autumn, reforms must continue and become irreversible.

Minister of Foreign and European Affairs of the Slovak Republic Ivan Korcok, has also expressed his support to Republic of Moldova on twitter.

Minister Ulianovschi requested EU member states to continue supporting Republic of Moldova through strategic talks, political dialogue, as well as continue offering assistance for the implementation of the Association Agreement.