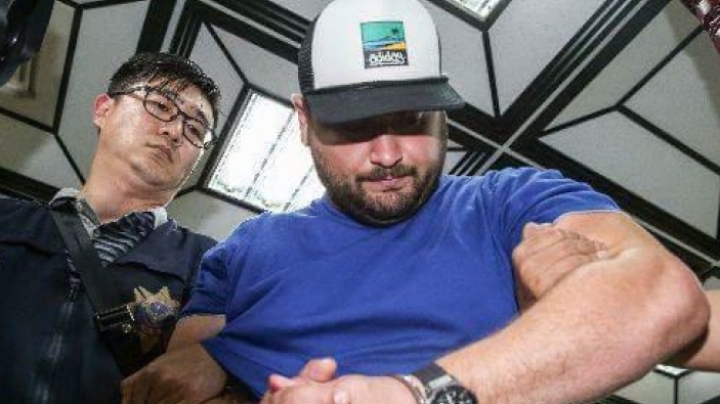 The friend of the leader of Our Party, Renato Usatai, arrested for ATM robbery in Taiwan, might receive a sentence of 12 years in jail. According to mold-street.com, the Taipei Prosecutor’s Office has impeached the three Moldovans, members of an international criminal gang, who managed to steal approximately 2.6 million dollars from 51 ATMs in Taiwan.

The general Prosecutor of Taiwan declared that the three men, including Mihail Colibaba, the friend of Balti mayor, have refused to cooperate in the investigation, gave false declarations and denied the involvement in the huge theft. Until now, the prosecutors reclaimed 93% of the stolen amount.

The ATM robbery took place in July 2016. In the last years Mihail Colibaba lived in Moscow. His father is the head of Endocrinology Department of Balti Hospital. The latter, together with his son, did the electoral campaign in the support of Renato Usatai. Sources from mayor’s entourage declared for PUBLIKA.MD that Mihail Colibaba and Renato Usatai spent a lot of time together in Moscow, and Colibaba was using the diminutive Renatic for Usatai.

It is not the only case when persons from the entourage of Balti mayor, Renato Usatai, are detained by police. Last week, a person close to the leader of Our Party, Nicolae Hacico, was detained for drug traffic. He was included in the list of candidates of the party for the parliamentary elections in 2014 and on the party’s list for the 2015 elections for the Balti municipal council. In the day of his detainment, when seeing the Special Forces and the handcuffs, the friend of Usatai has peed on himself.