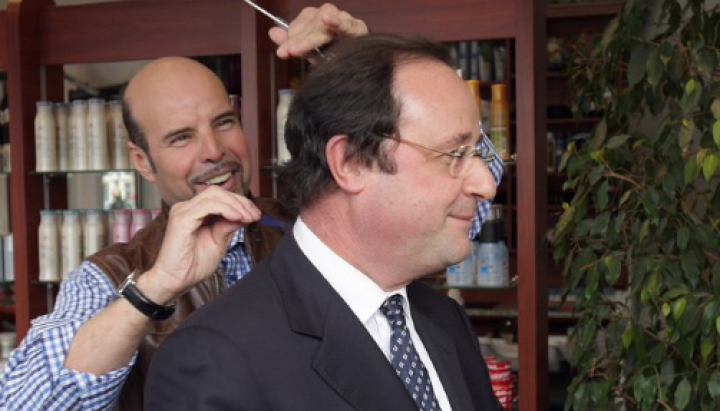 French President Francois Hollande's hairdresser is paid almost 10,000 euros a month. The government confirmed the story, saying that the stylist had abandoned his salon to provide round-the-clock service.

The satirical weekly magazine "Canard Enchaine" on Wednesday published the contract of Hollande's hairdresser, identified as Olivier B, who has been employed since 2012 and travels with the president on most of his foreign trips and had to give up his Paris hair salon in order to take the job with the president.

"I can understand the questions, I can understand that there are judgements," government spokesman Stephane Le Foll said, confirming the hairdresser's salary of 9,895 euros ($10,900) per month. "Everyone has their hair done, don't they?" asked Le Foll.

A weak economy, with stubborn unemployment levels and several scandals have pushed Hollande's popularity rating to the lowest levels ever seen in modern French history. Like the government's, Olivier B's work is largely damage limitation, dealing with the 61-year-old's receding hairline

Hollande himself earns an annual wage of 179,000 euros a year or 14,900 euros a month. Elected in 2012, he has always portrayed himself as "Mr Normal," in contrast to his flashy predecessor Nicolas Sarkozy.