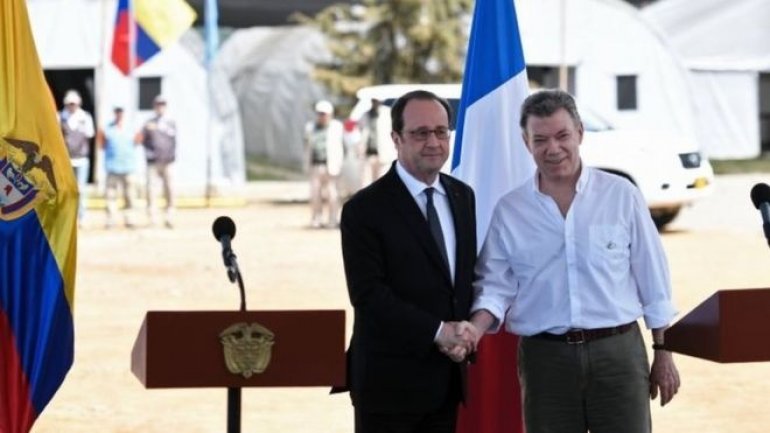 French President Francois Hollande has met leaders of Colombia's largest rebel movement, the FARC, at a rural camp in the west of the country, BBC reports.

Mr Hollande - accompanied by Colombian President Juan Manuel Santos - offered help with de-mining programmes and the search for the disappeared.

France has contributed around 20% of the EU's funding to support Colombia's peace process.

Colombia signed a peace accord last November to end decades of conflict.

President Hollande was the first French head of state to visit Colombia in almost 30 years.

He expressed his support for the peace deal, calling it a model to resolve conflicts around the world.

"The disarming and demobilisation is not reversible," he said at the camp in Caldono, in the department of Cauca.