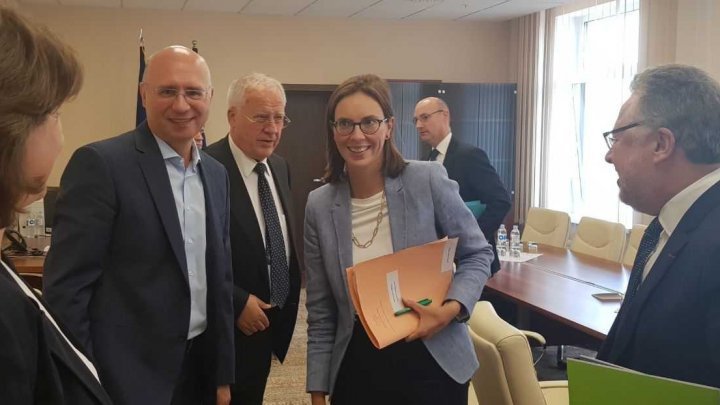 The Democratic Party of Moldova has an European historical anchorage, oriented towards European values and the rule of law. The statement was made by Amelie de Montchalin, Secretary of State for European Affairs in the Government of France, who met with PDM President Pavel Filip today.

During the meeting, Pavel Filip mentioned that the PDM is going through a reform process and will consolidate its positions as an important political force in the political life of the Republic of Moldova.

'Being a faction with 30 mandates in Parliament, we will be a constructive opposition, so as to mobilize the current government', Pavel Filip said.

At the same time, the PDM president referred to the current political moment and warned that under the cover of depoliticization, actually takes place the politicization of state institutions and the outburst with political opponents, which is inadmissible in a democratic state. Pavel Filip said that the current political situation in the Republic of Moldova must be viewed in complexity.

The French official stressed the importance of promoting in the Republic of Moldova reforms in justice, the rule of law and the fight against corruption. The interlocutors also exchanged opinions on the Transdniestrian problem, highlighting the need for its solution, based on the integrity and sovereignty of the Republic of Moldova.