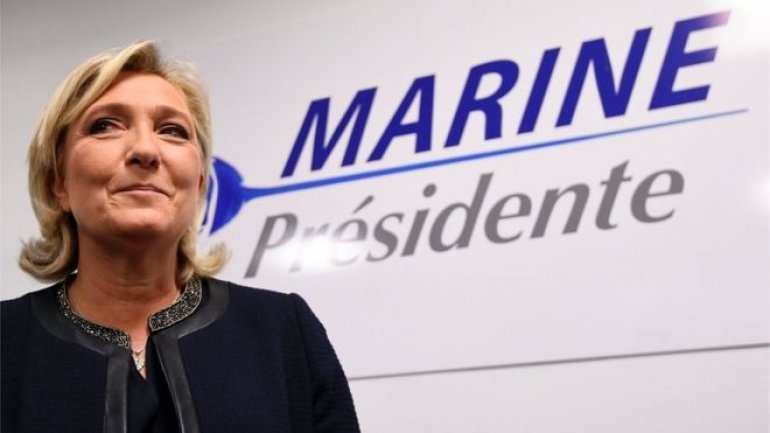 In a speech in Paris, the National Front's candidate in the 2017 presidential race next spring said she had nothing against foreigners.

"But I tell them: if you come to our country don't expect to be taken care of, to be looked after, that your children will be educated without charge," she said. "No more playtime."

Ms Le Pen is widely expected to be one of two candidates to reach the second and final round of the election in May.

Latest opinion polls suggest she is running neck-and-neck in polling for the first round with the centre-right candidate Francois Fillon, who was selected in national primaries at the end of November.

However, around two-thirds of voters would choose Mr Fillon over Ms Le Pen in the deciding round.

Since Marine Le Pen took over the running of the FN from her father almost six years ago, she has worked hard to detoxify the party's extremist image and attract mainstream voters.

Her presidential campaign bears no trace of the party name and features a blue rose, borrowing imagery from both left and right.

The party has continued to focus on reducing immigration and deporting illegal immigrants, as well as leaving the EU.

However, Ms Le Pen has had to respond to Mr Fillon's election as candidate by setting out distinctive policies.

On Wednesday, she accused him of being in hock to France's business organisation Medef, the European Commission, the banks and German Finance Minister Wolfgang Schaeuble.