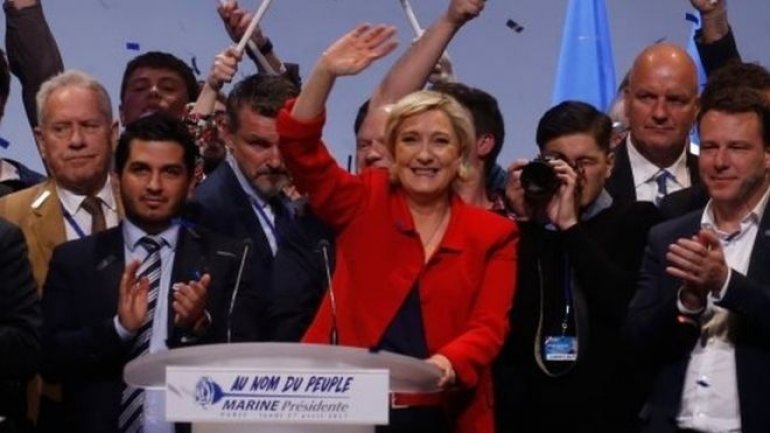 The two front-runners in France's presidential election have staged rival rallies to win over undecided voters, a week before the first round of voting, BBC reports.

Marine Le Pen, the far-right leader of the National Front, said in Paris the choice was between her rivals' "savage globalisation" and her patriotism.

Also campaigning in the capital, centrist Emmanuel Macron said "our generation is ready for change".

Opinion polls predict the two will reach the second round on 7 May.

Mr Macron would be a favourite to win in the run-off, they suggest.

But at the same time, the polls suggest the race is tightening.

Conservative Francois Fillon, who has been embroiled in corruption allegations, and hard-left Jean-Luc Melenchon are also in contention for the top two spots in the vote on 23 April.

Mr Melenchon also campaigned on Monday, choosing a barge on a Paris canal to rally his supporters.

In all, 11 candidates are competing in the first round.

About one in four French voters is still undecided, opinion polls suggest, making it one of the most unpredictable elections in decades.