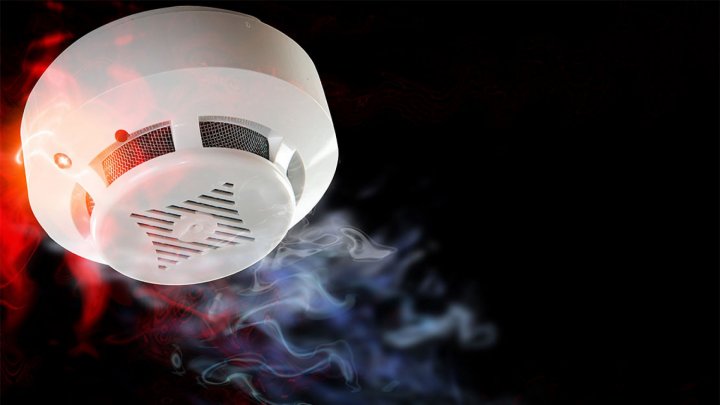 Free smoke detectors were installed in the houses of 40 families from Hincăuți village, Edineț district.

The action is part of the National Campaign "A safe house, a safe life" initiated by the General Inspectorate for Emergency Situations. Rescuers and firefighters visited the people's houses to teach them how to prevent fires.

In the process of installing the smoke detectors implicated Minister of Internal Affairs, Alexandru Jizdan.

Beneficiaries are elders, families with many children, people with disabilities, as well as those with ill health. In the house of Cocieru family were installed two smoke detectors. The two elders claim that now they will sleep at ease.

"If the alarm starts blaring, you can exit the house fast. Those smoke detectors are a very good thing" villager from Hincăuți, Mihail Cocieru said.

"Some relatives of ours had their house nearly burned, after a a fire was kindled during the night, luckily they were not sleeping yet" villager from Hincăuți, Ana Cocieru said.

Other villagers were also happy to have smoke detectors installed.

"This is something that must be present in any house. Where people are heating the place themselves, use an oven to cook, unlike those who live in apartments."

The rescuers aim to prevent fires from bursting in houses and protect the people.

"Hundreds of such devices will be installed. Today in Hincăuți a few dozens of smoke detectors will be installed. We urge all people who have the possibility to purchase one, to do so, while we will install it for free" Minister of Internal Affairs,  Alexandru Jizdan said.

"Those devices will protect people from receiving carbon monoxide poisoning, as well as other situations such as fires" press officer of IGSU, Liliana Pușcașu said.

Since the campaign was launched in February, in multiple settlements from the country were installed over 700 smoke detectors for over 650 families.