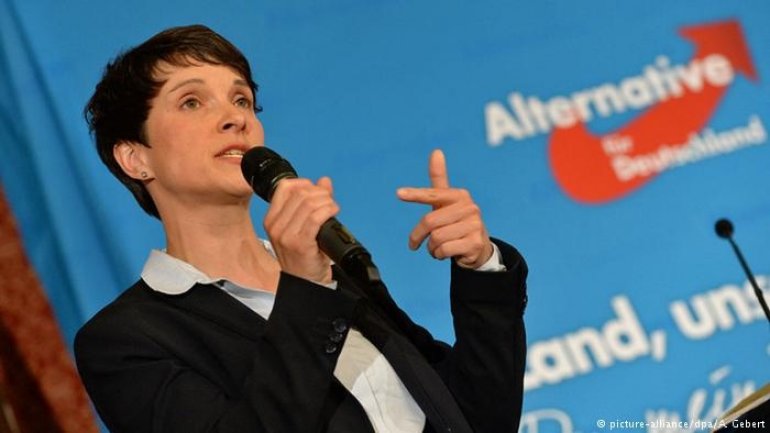 One of the politicians elected to the German parliament for the far-right Alternative For Germany (AfD) party has resigned the whip before even taking her seat.

Frauke Petry, one of the co-chairs of the party, told reporters in Berlin she would not sit in the party's group in the Bundestag, effectively making her an independent MP.

"I decided after careful reflection that I will not sit with the (AfD) parliamentary group," she told reporters in Berlin, before abruptly leaving the room.

The surprise move shocked Ms Petry's AfD colleagues when it was made at a press conference on Monday morning, with other politicians present indicating that they were not expecting it.

It is not yet clear whether Ms Petry will remain a member of the party outside parliament.

The shock move comes following election results that saw the AfD take 12.6 per cent of the vote, becoming the first far-right party to win seats in the Bundestag for half a century.

It gained 94 seats – though after the MPs departure it will have just 93 taking the whip.