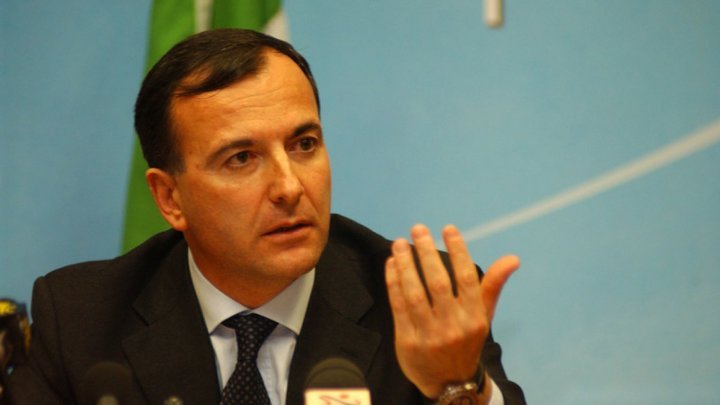 Chisinau has proposed other two priorities for the OSCE in the settlement of the Transnistrian conflict - the first to concern the security zone, and the second regarding the observance of human rights on the left bank of the Nistru River.

Franco Frattini, Italian Special Representative of the OSCE Chairperson-in-Office for the Transdniestrian Settlement Process accepted the suggestions and said he would continue to uphold fundamental human rights.

The subject was discussed in Chisinau at the meeting between the special representative of the organization, Franco Frattini, and Deputy Prime Minister for Reintegration, Cristina Lesnic.

Franco Frattini also declared that he did not see the point of the presence of Russian troops in the Transnistrian region, although in Moscow he said that Chisinau's request for the withdrawal of troops and munitions from the left bank of the Dniester was unrealistic.

After the discussion with the Special Representative of the Italian Presidency to the OSCE, Chisinau says that the settlement of the Transnistrian conflict will continue to focus on historical issues between the two banks of the Nistru River, tvrmoldova.md writes.

Franco Frattini's statement in the Moscow press has been harshly criticized in Moldova.

However, he totally changed his statements in Chisinau.

In this context, Chisinau today requested the OSCE to accept two more priorities. This happened after Promo-LEX Association, a constant legal assistant for the people on the left bank of the Dniester River, said that over the last 7 years, the OSCE mission has ignored civil society reports on the gravity of human rights violations in the eastern part of Moldova.

The Special Representative of the Italian Presidency to the OSCE also said that in May, a 5 + 2 round of negotiations could take place in Rome. Franco Frattini is due to hold a meeting with the so-called authorities in the Transnistrian region.