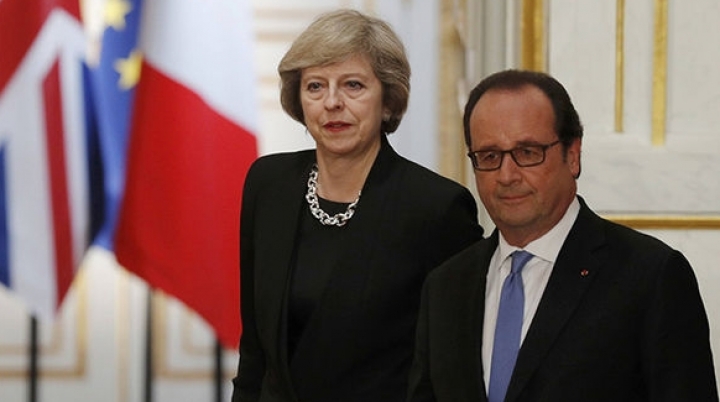 British Prime Minister May and French President Hollande have agreed that the UK needs time to prepare negotiations to leave the EU. However, Hollande has urged the talks should take place "as rapidly as possible."

Despite pushing for fast Brexit negotiations, French President Francois Hollande said on Thursday he understands the United Kingdom will need to prepare for talks on leaving the European Union.

"There cannot be discussions, pre-negotiations before the negotiation but there can be preparation for this negotiation," he said at a joint news conference with British Prime Minister Theresa May in Paris.

"We can understand your newly formed government needs that time," Hollande said.

"But let me repeat, the sooner the better," added the president.

May once again repeated that the initiation of Article 50 - the process which triggers officials Brexit negotiations - will not take place before the end of the year.