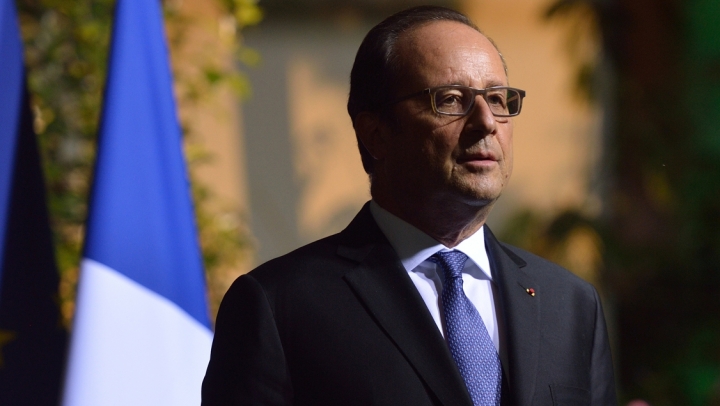 French President Francois Hollande said on a visit to the port of Calais Monday that the sprawling "Jungle" migrant camp would be "definitively dismantled" under a plan to relocate the migrants to centres around the country.

Hollande, on his first visit to Calais as president, also called on British authorities to "play their part" in assisting the migrants, most of whom have their hearts set on reaching England.

"I am determined to see the British authorities play their part in the humanitarian effort that France is undertaking" in Calais, Hollande said, flanked by security forces.

Between 7,000 and 10,000 migrants, many from Sudan and Afghanistan, are currently living in the "Jungle", the launchpad for their attempts to stow away on lorries heading across the Channel to Britain.

Hollande's visit comes just days after his conservative predecessor Sarkozy -- who is hoping to return as president in elections next year -- visited the town to promote his tough line on migration.

The president will meet police, local politicians, NGOs and business leaders but is not expected to visit the camp itself.