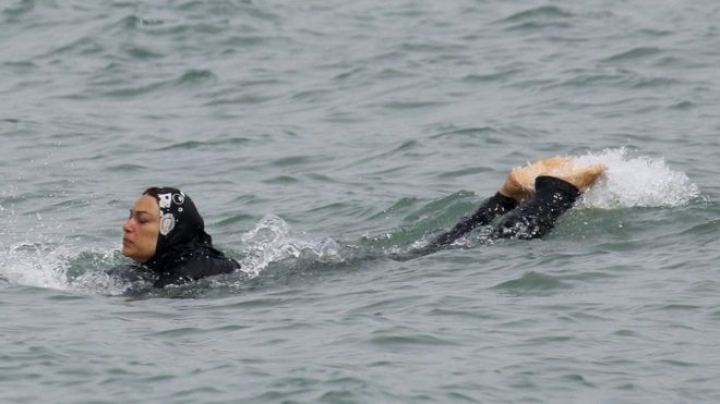 France's highest administrative court has suspended a ban on full-body "burkini" swimsuits that was imposed in a town on the Mediterranean coast, reports BBC.

The ban in Villeneuve-Loubet "seriously and clearly illegally breached fundamental freedoms", it found, including freedom of belief.

The ruling could set a precedent for up to 30 other towns that imposed bans on their beaches, chiefly on the Riviera.

The court will make a final decision on the legality of the bans later.

Correspondents in France say the court's decision means that all the bans on burkinis are likely now to be overturned but one mayor in Corsica has already vowed to keep the ban in place on his town beach.

A human rights group, the Human Rights League (LDH), and an anti-Islamophobia association (CCIF), brought the ban in Villeneuve-Loubet to the court's attention.

Patrice Spinosi, a lawyer for the LDH, said outside court that people who had been fined could claim their money back.

Amnesty International welcomed the court's decision. The human rights group's Europe director, John Dalhuisen, said it had "drawn a line in the sand".

The burkini bans have ignited fierce debate in France and worldwide.

Muslims said they were being targeted unfairly.

The "burkini bans" actually make no mention of the burkini.

The rules simply say beachwear must be respectful of good public manners and the principle of secularism.

The controversy intensified after pictures and video of police appearing to enforce the ban by making a woman take off an item of clothing prompted widespread anger.

The court said local authorities did not have the power to restrict individual liberties in this way without "proven risk" to public order.