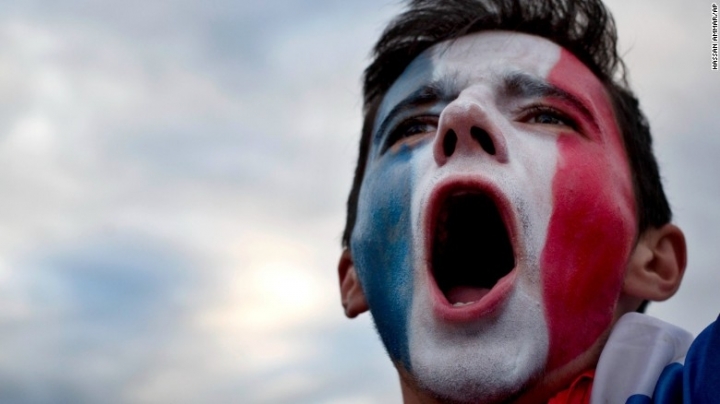 Over 80,000 fans had arrived at the Stade de France in plenty of time to get through a number of security checks and provide an electric atmosphere for Euro 2016's opening match after DJ David Guetta had been the headline act for the tournament's opening ceremony.
The atmosphere got even more raucous when Dimitri Payet's stunning 89th-minute curling shot secured a 2-1 win for France against Romania.
Bidding to win the European Championship for the third time after its 1984 and 2000 triumphs, Olivier Giroud's header had given France a second-half lead before Bogdan Stancu equalized with a penalty.
The Stade de France was the stage for one of France's greatest sporting triumphs - its 1998 World Cup final win over Brazil - but the 81,338 capacity venue was also caught up in one of the country's most recent tragedies after it was targeted during the November terror attacks.
The first suicide bomber detonated his explosives 15 minutes into a friendly between France and Germany, killing 63-year-old Manuel Colaço Dias, the first of 130 fatalities as the attackers, armed with assault rifles and explosives, targeted six locations across Paris.
But that hadn't deterred 31-year-old doctor Bogdan Baleanu-Curaj, who had traveled from Aachen in Germany, to buy tickets to watch Romania play Friday.
Romania hadn't beaten France since 1982 and gradually the Euro 2016 hosts established control of the match in the first half.
Friday's game was preceded by the tournament's opening ceremony where the Stade de France pitch was dressed up as a "French garden," with dancers - performing around a carousel - providing a choreographed interpretation of elements of French culture.
That was the prelude to French DJ Guetta and Swedish singer Zara Larsson performing the official song of the European Championship, before the acrobatic demonstration team of the French Air Force - "Patrouille de France" - flew over the stadium trailing smoke in the color of France's flag.
This is the European Championship's 15th edition with two-time defending champions Spain and reigning world champions Germany leading the way with three titles each.
Just another 50 games to safely negotiate now.
AFLĂ imediat Știrile Publika.MD. Intră pe Telegram