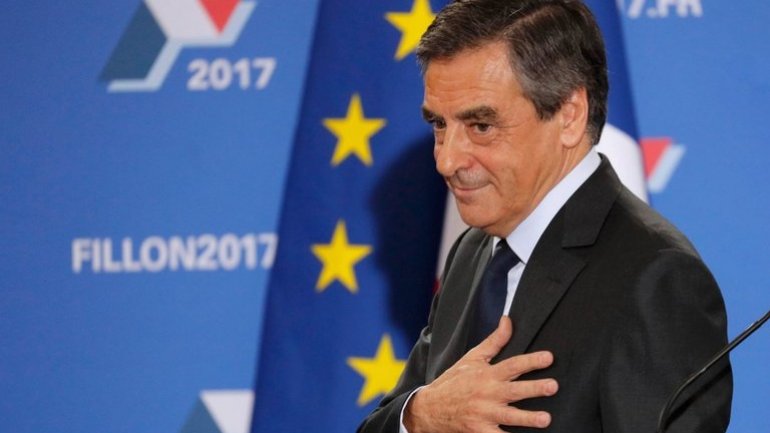 Francois Fillon is to be the conservative candidate in next year's French presidential election after his rival Alain Juppe admitted defeat, reports BBC.

With virtually all the results counted, Mr Fillon won Sunday's run-off with nearly 67% of the vote.

He is likely to face a Socialist candidate and the far-right's Marine Le Pen in next April's election.

Mr Juppe, the more moderate candidate, congratulated Mr Fillon on his "large victory" and pledged to support him in his bid to become president.

Mr Fillon had been widely expected to win the race, after securing 44% of the vote in the first round a week ago that saw former President Nicolas Sarkozy knocked out.

A former prime minister under Mr Sarkozy, the 62-year-old is a Catholic who is seen as a traditionalist on issues such as abortion and gay marriage.

He is proposing dramatic economic reforms that include slashing 500,000 public jobs, ending the 35-hour week, raising the retirement age and scrapping the wealth tax.

Mr Juppe, also a former prime minister, had initially been seen as the favorite to win the race, but struggled against Mr Fillon's strong performances in the primary debates.

Now the spotlight falls on the Socialist party, and whether the deeply unpopular President Francois Hollande will stand again in his party's primaries in January. He is expected to announce his decision in the coming days.