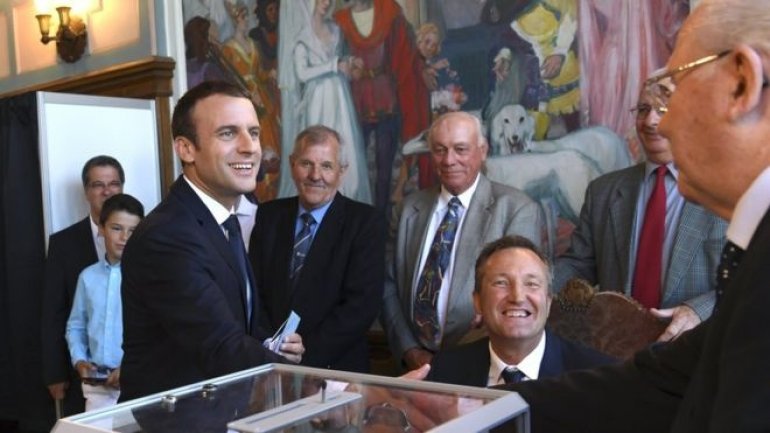 With nearly all votes counted, his La République en Marche, alongside its MoDem allies, won more than 300 seats in the 577-seat National Assembly.

The winning margin is lower than some expected, with turnout down from 2012.

The party was formed just over a year ago, and half of its candidates have little or no political experience.

The result has swept aside all of the mainstream parties and gives the 39-year-old president a strong mandate in parliament to pursue his pro-EU, business-friendly reform plans.