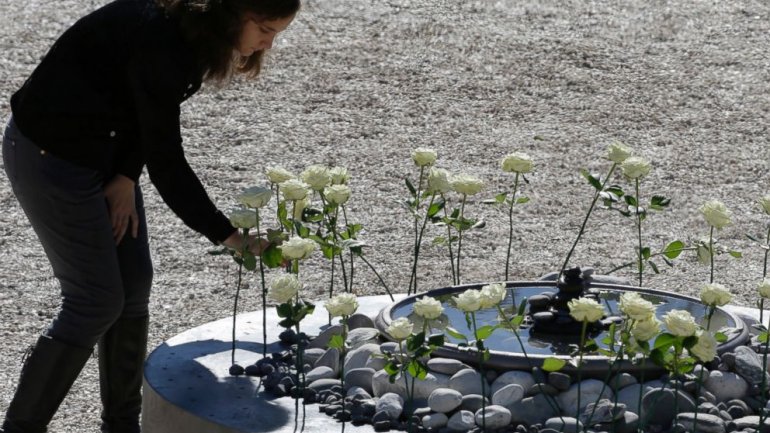 Many of those directly affected by the attack also attended the ceremony of remembrance in Nice.

The names of the 86 people who died were read out, and a white rose was laid down for each of them.

France was left reeling after Mohamed Lahouaiej Bouhlel plowed a 20-ton truck into crowds on the Promenade des Anglais seafront in Nice during a fireworks celebration on France's key national holiday.

Hollande paid tribute to the families affected and said the nation wanted to show its compassion and solidarity with them.

"It should have been a moment of joy, but it was hell," Hollande said. "Within barely four minutes, a lorry at full speed hit a peaceful crowd, it transformed the Promenade des Anglais into a cemetery. The terrorist had planned his attack; he had prepared to accomplish it coldly, with the full aim of killing people."

Ten children were among the victims of the ISIS-inspired attack. More than 200 people were injured.

The July 14 attack was the third such terrorist assault on French soil in 18 months.

Investigations continue into the circumstances around the attack. Police killed Bouhlel at the scene.

Questions about how the truck was able to enter a crowded area during this high-profile event and what security measures were in place have not been answered.

France has been under a state of emergency since the Paris terror attacks in November, and authorities have struggled to monitor thousands of domestic radicals on their radar.