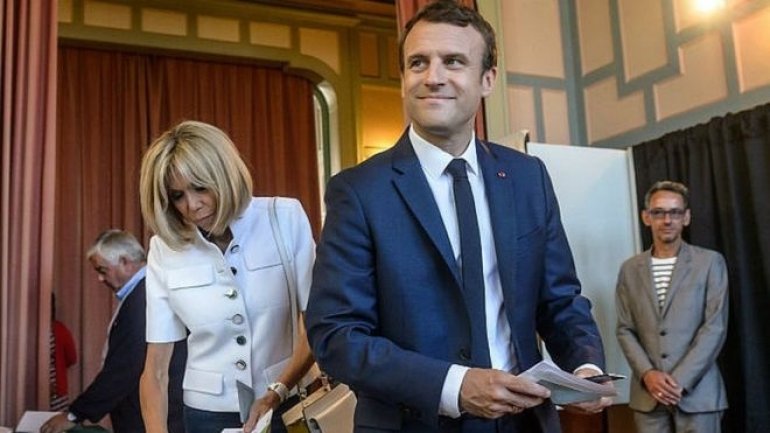 The centrist party of French President Emmanuel Macron looks on course to win a landslide victory following the first round of parliamentary elections, according to BBC.

Projections show La République en Marche (Republic on the Move) and its MoDem ally set to win up to 445 seats in the 577-seat National Assembly.

The final outcome will be decided at a run-off next Sunday.

Mr Macron's party was established just over a year ago and many candidates have little or no political experience.

After disappointing results, traditional parties have urged voters to support the president's rivals in the second round, to avoid him monopolising power.