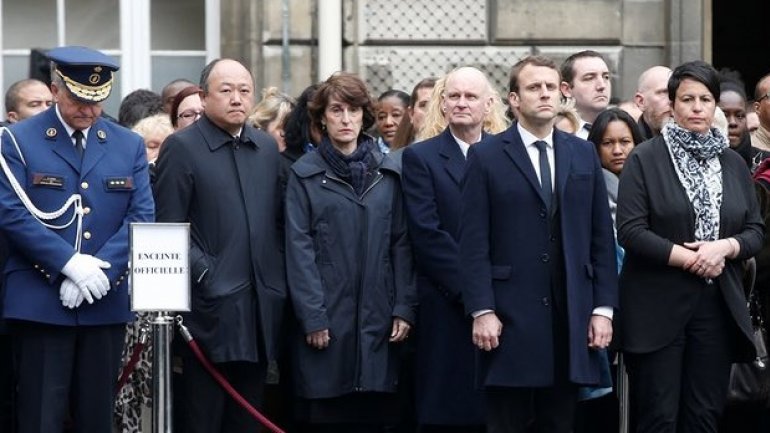 The two candidates for the French presidency, Emmanuel Macron and Marine Le Pen, are attending a ceremony in Paris in honour of the policeman shot dead on the Champs Elysées last week, as stated by BBC.

It is the first time the top two candidates in Sunday's first round of voting have appeared together publicly.

Current President François Hollande called for unity in the "long and difficult fight against terrorism".

The issue of security sharply divides the presidential candidates.