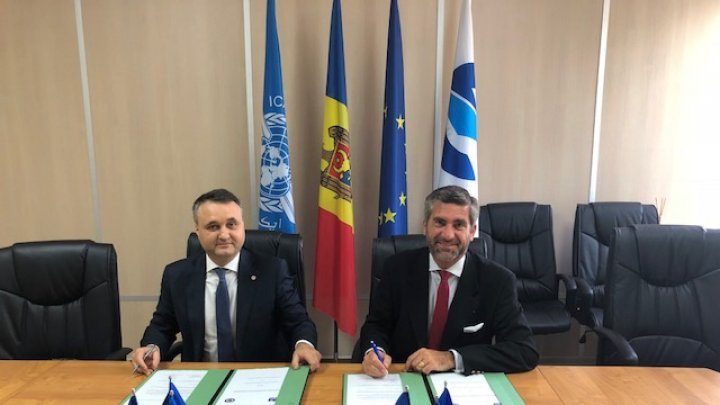 The document was signed by the AAC Director of the Republic of Moldova, Radu Bezniuc and Bertrand de Lacombe, Director of the International Cooperation for Europe, CIS and Japan DGAC of France.

The collaboration between the two entities will facilitate the exchange of information on European regulations in the field of flight safety and security and thus contribute to the advancement of the Republic of Moldova in the implementation of the roadmap for a single European airspace.

The trainings can be carried out both by delegating French experts to the Republic of Moldova and by receiving Moldovan experts in France for study and training missions.

The detailed plan of the Moldovan-French civil aviation collaboration will be finalized through an annual program that will contain specific actions.
AFLĂ imediat Știrile Publika.MD. Intră pe Telegram