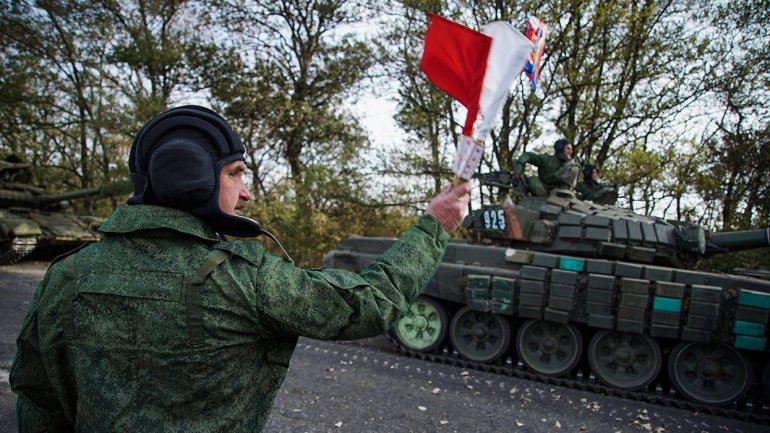 A new cease-fire negotiated between Ukraine's government and Russia-backed separatists in the east held by a thread for a fourth day as both sides reported clashes near the strategic town of Debaltseve.

The two sides agreed to the so-called "indefinite" cease-fire last week, with the help of mediation from the Organization for Security and Cooperation in Europe (OSCE).

Ukrainian President Petro Poroshenko said the agreement reached on December 21 was a sign that his war-weary nation is on a road to lasting peace after nine previously negotiated cease-fires came unraveled.

Mortar and artillery fire has continued without any casualties.

"Our positions have come under attack 33 times since early Sunday," the Ukrainian military said in a statement.

Russian-backed separatists said their side had come under fire from Ukrainian grenade launchers 62 times in the past day.

The truce came after a battle for control of Debaltseve, which sits on a key rail link between the regions of Donetsk and Luhansk.