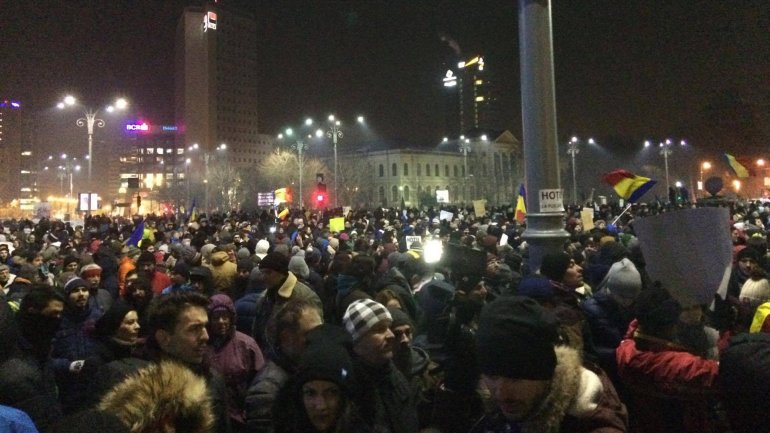 Tens of thousands of people went to the streets for the fourth day in a row on Friday evening, January 3rd,  to protests against an emergency ordinance that may weaken the fight against corruption in Romania.

The weekend is expected to bring even bigger rallies as people are determined to get the Government to withdraw the ordinance than partly decriminalizes abuse of office, which starts producing its effects on February 11.