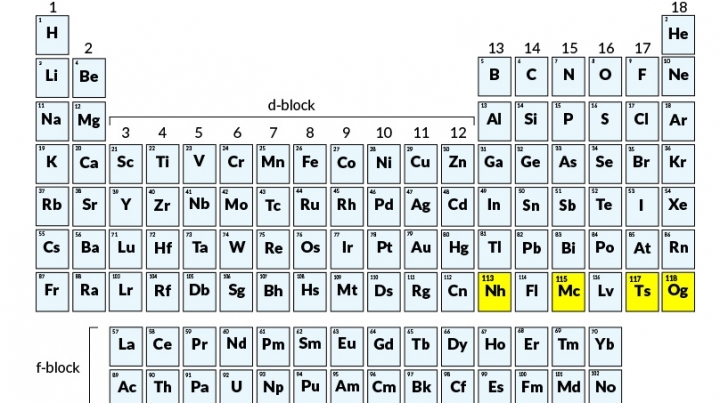 In December, the International Union of Pure and Applied Chemistry officially recognized the discovery of elements 113, 115, 117 and 118, filling out the seventh row of the periodic table.

As is traditional in chemistry, the naming rights go to the discoverers: Scientists at RIKEN in Wako, Japan, named element 113, and a Russian-U.S. collaboration named the others.

In line with convention, the proposed names for the four elements are derived from scientists’ names and geographical locations of research institutes. After a five-month public review period and approval by IUPAC, the names will become official.

Element 113 is dubbed “nihonium" and will sport the chemical symbol Nh. Its name comes from the Japanese word “Nihon,” or “Land of the Rising Sun,” a name for Japan.

Tennessee also gets a periodic table shout-out. The proposed name for element 117 is “tennessine,” after the home state of Oak Ridge, Vanderbilt University and the University of Tennessee. It will bear the symbol Ts.

Element 118 will be named oganesson, or Og, after Russian physicist Yuri Oganessian, who contributed to the discovery of several superheavy elements, Sciencenews writes.