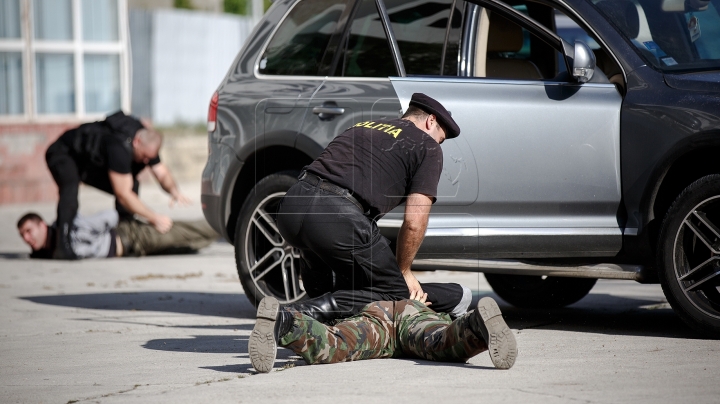 Four persons, members of a criminal group, aged 22-30, residents of Chisinau, were detained. They are suspected for commercialization of narcotic and psychotropic substances. The leader of the group, aged 26, was placed in arrest for 30 days, the others are investigated.

The arrest took place in Ciocana sector, in a garage rented by suspects, which was used as place for dividing the drugs in small quantities and their ulterior trade. At the same time, the place was used for consuming drugs, inside it being found a handcrafted apparatus for consuming the narcotic substances by inhaling them.

Also, the investigation officers have established that the men were commercializing narcotic substances, marijuana and methamphetamine, which were brought by the leader of the gang from Odessa region, Ukraine, and for their transportation he was using his own car. Meth was commercialized in the night clubs from Chisinau.

A gram of meth was sold by the suspects of the gang with 500 lei, and the total value of the drugs found is approximately 60,000 lei.

Police started a penal case. The suspects might receive a sentence of up to 15 years in jail.