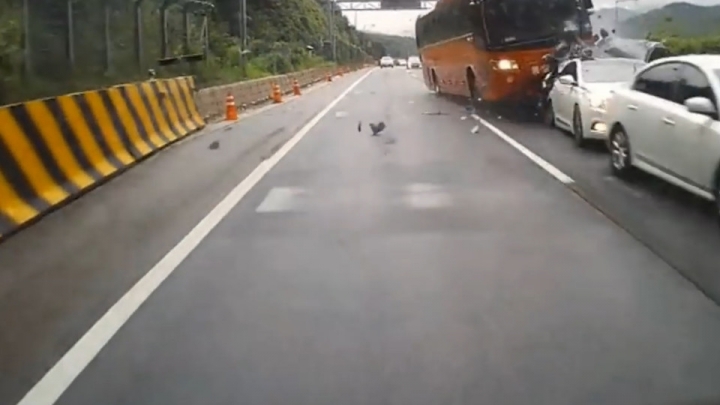 Four people were killed and another 37 were wounded in South Korea, when a bus driver accused of being asleep at the wheel piled into four cars backed up on a motorway, reports The Sun.

Police said they were investigating whether the driver had fallen asleep or was using a mobile phone at the time - accusations the driver denied.

Video of the deadly smash was recorded from another vehicle travelling just yards ahead of the bus.

It showed the coach travelling along an open road seemingly without any vehicles ahead of it.

But when it gets close to a tunnel - the vehicle containing the camera peels off to the right to bypass the queuing traffic.

Remarkably, the bus does not slow down at all - it ploughs straight into the back of the queue.

The first vehicle appears almost completely decimated, while a second, third, fourth and fifth are all hit to varying degrees.