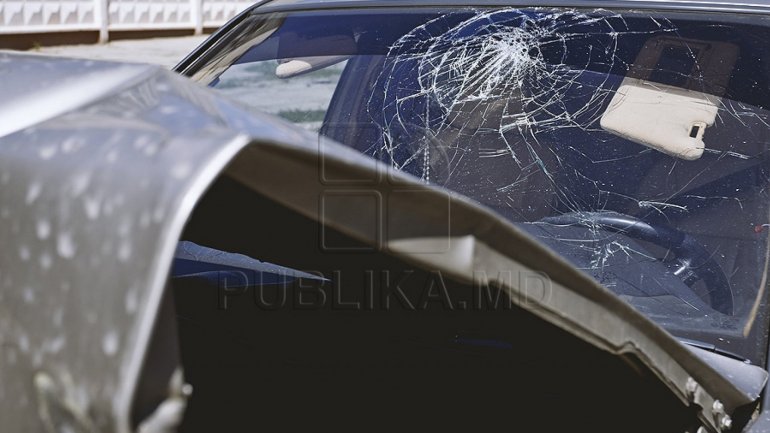 Four police officers from Bender were admitted last night to the hospital, after their car has collided with a truck.

The accident took place in Sângera town. The victims, aging between 27 and 34-year-old received grave injuries, while the car was turned to dust.

According to the truck driver, the 27-year-old man behind the car's wheel, was using excessive speed which made it impossible to avoid the impact.

"They were going very fast and hit my truck from behind."

The four men were returning from the Capital after an arrest mission and were heading to Bender. Eyewitness claim that the collision was heard from afar.

"I heard when the cars collided, I am this service's guard and when I went to check the site, four men were already on the ground, injured."

All four were transported to the nearest Hospital with grave injuries. Police are investigating the case to establish all circumstances under which the accident took place.