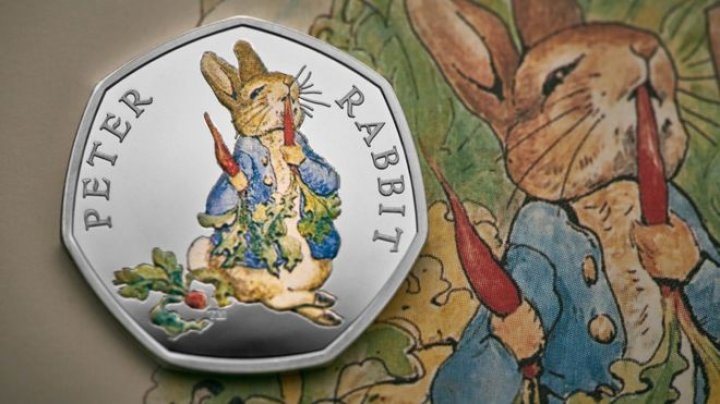 Four new 50 pence coins featuring some of Beatrix Potter's favorite fictional characters are to be released, the Royal Mint has announced, wrote BBC.

Peter Rabbit, Mrs Tittlemouse and Flopsy Bunny will feature on the coins, which will enter general circulation for a limited time later this year.

Colored collectable versions will be available to buy for either £10 or £60.

They will be added to the Beatrix Potter collection, launched in 2016 to commemorate 150 years since her birth.

The new designs will also include a helpful mouse from the story of the Tailor Of Gloucester.

The recreations are from hand-painted illustrations from Potter's books.

Commemorative coins featuring some of Potter's other favorite creations first went on sale in 2016.

Anne Jessopp, acting CEO at the Royal Mint, said the range had "grown in popularity since Peter Rabbit was first introduced onto UK coins in 2016".

"Since then, Peter Rabbit has been joined by a number of furry friends throughout the years.

"This year we are delighted to present another group of Beatrix's characters, giving them a new lease of life on our specially-designed coloured commemorative coins."