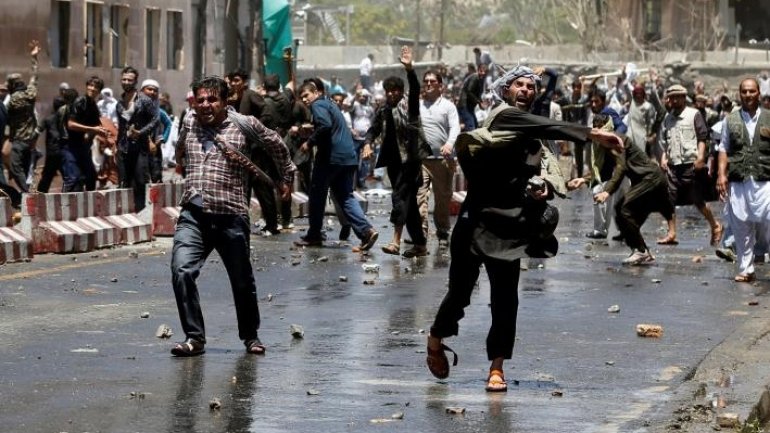 Protesters in the Afghan capital demanding the resignation of President Ashraf Ghani's government after this week's devastating truck-bomb attack clashed with riot police on Friday and at least four people were killed.

The violent protests added to pressure on Ghani's fragile and divided government, which has been powerless to stop a string of high profile attacks in the capital that have killed hundreds of civilians over recent months.

Wednesday's bomb attack, at the beginning of the Muslim holy month of Ramadan, was one of the worst in Kabul since the U.S.-led campaign to topple the Taliban in 2001 and underlined the growing violence across much of the country.

More than 1,000 demonstrators, many carrying pictures of bomb victims, rallied in the morning near the site of the blast, which killed more than 80 people and wounded 460, holding Ghani and Chief Executive Abdullah Abdullah responsible.