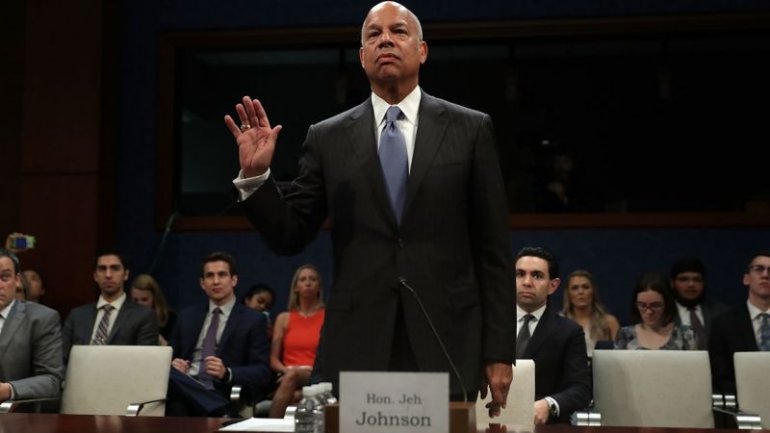 Former Homeland Security Secretary Jeh Johnson lamented that there was not enough public awareness and urgency on the issue, while defending the former administration’s reticence to publicly discuss the information in the months leading up to the election.

“In 2016, the Russian government, at the direction of Vladimir Putin himself, orchestrated cyberattacks on our nation for the purpose of influencing our election. That is a fact, plain and simple,” Johnson said, testifying before the House Intelligence committee, which is conducting one of several investigations into Russian meddling in last year’s election.