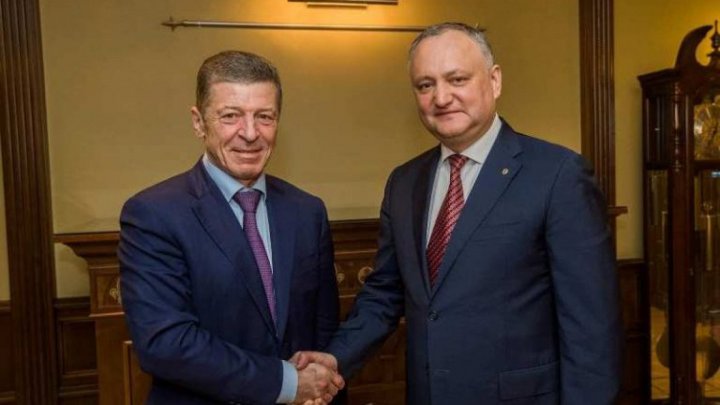 After Ukraine, Russia could continue test the federalization scenario of Moldova in Chisinau with the support of Moldovan President Igor Dodon, as the way Kremlin implements in Donbas region, according to former Ukraine Ambassador to Chisinau Serghei Pirojkov.

Within an interview for Radio Svoboda, the former diplomat said that, Moldovan President is a promoter of Russian interests openly.

"The representative of Donbas and Russia said that Moscow wants to solve three issues: to attribute to the region by the Constitution a special status, to be pardoned by all those who fought, whether they killed or not, and that all local leaders were legitimized", said Serghei Pirojkov, former ambassador of Ukraine to Moldova.

The former ambassador also said that, in fact, Moscow is not interested in the Transnistrian region. And that's because it is not economically profitable.

"Why does Russia control the Transnistrian region to put pressure on Chisinau? Russia needs the entire territory of Moldova to be an obstacle to the EU and NATO expansion to the East, "said Serghei Pirojkov, former Ukrainian ambassador to Moldova.

Sergei Pirojkov also said that Moscow is using Igor Dodon and the ACUM bloc to remove the leader of the PDM, Vlad Plahotniuc, from power. According to him, the Kremlin has traditionally acted in the opening of criminal cases, but because the Democrat has not been intimidated and has remained in position, the Russians have decided to act through the politicians of the Kozak alliance.