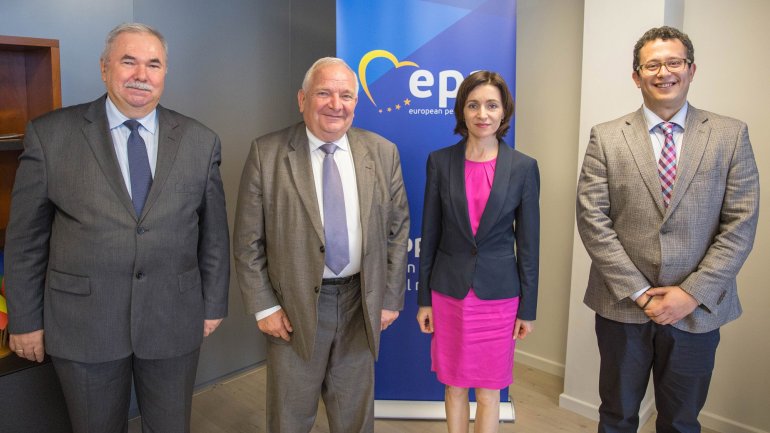 Among those who have announced their support for Maia Sandu is the president of the European People's Party, Joseph Daul, who until recently was open supporter of Filat. The one who was brought by Filat at a pig farm in 2014 and with whose friendship he bragged everywhere, especially in November 2014, before the parliamentary elections of that year, writes politics.md.

Now that Filat has disappointed him, Daul announces his support for Maia, who is regarded with the same optimism the “pro-European” Filat was regarded in 2009 and seen as the main fighter against corruption and the Communist Government in that period.

But Maia Sandu could disappoint like Filat, given how many bills for support she will have to pay if she comes to power. It's also about Lucinschi clan with its obscure interests and relations with the Russian secret services, her former boss Vlad Filat, and gangsters Topa.

Already there are circulating that one of the first decrees will be the pardon of Vlad Filat on the grounds that the trial was not a fair one, will somehow also have to pardon Victor and Viorel Topa. And what will require Lucinshi is not known yet, but it sure will cost a lot for Moldova, mentions the source.