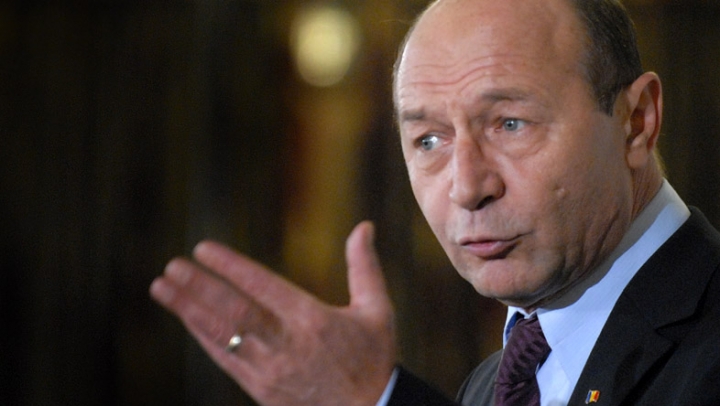 Moldova will unite with Romania sooner or later and the Parliament from Bucharest will vote the decision, says Traian Basescu, the head of PMP and former president, according to Agerpres.

„Any country has the right to decide its faith and the Republic of Moldova will be part of Romania at some point, not by force, not by stories, but by the population’s will, of the Romanians over the Prut. It was a small discussion element, I’m convinced that the unification would be voted within the Romanian Parliament. If they convoked the unification, they would vote it. We have only one problem- when the Parliament from Chisinau would vote it. We’ll see! It is important that young people believe in unification and to know Romania, because the Romanian realities are for from the one presented even by the Romanian television, ” said Basescu.

He met on Friday a group of 50 young people from the Republic of Moldova within a program named „Know your country”.

„Through this program, an group of people from Moldova Republic is financing the transport of young people in Romania for three days in order for them to know the country. It is a program that started in 2012. The Romanian local administration and politicians ensure the commodities and food and the transport is paid by the young people. It is an initiative that is added to the big projects that Romania has. The big problem of young people from Moldova is the lack of Romanian language challenge, as 80 percent from the Moldova mass-media is in Russian, even if the Constitutional Court declared Romanian as official language in Moldova, ” concluded Basescu.