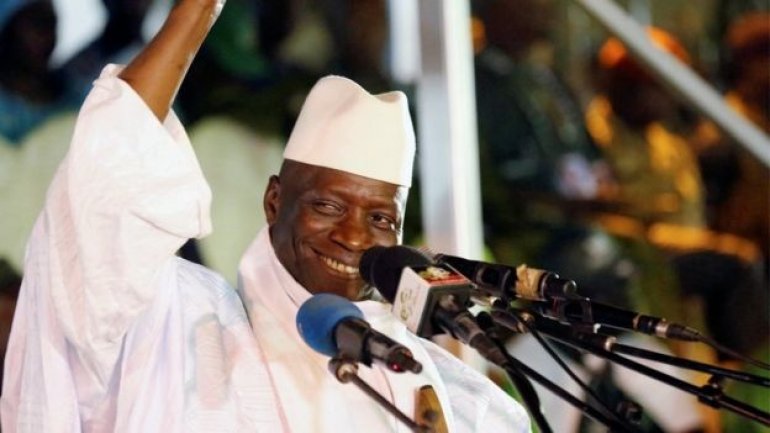 Gambia's former President Yahya Jammeh has left the country in the wake of elections that ousted him after 22 years in power.

He boarded a plane to Guinea and from there will travel on to exile in Equatorial Guinea, regional group Ecowas says.

Mr Jammeh was defeated in December's election by Adama Barrow but went on to challenge the results.

Mr Barrow has been in Senegal but says he will return to The Gambia soon, informs BBC.

In an interview with the BBC, Mr Barrow said he wanted to create a truth and reconciliation committee to investigate allegations of human rights abuses during Mr Jammeh's time in office.

Marcel de Souza, president of the Economic Community of West African States (Ecowas), said the military operation that had sent West African troops into The Gambia in support of Mr Barrow, was now ended, although some would remain to ensure security.

Mr Barrow has been in neighbouring Senegal for days and was inaugurated as president in the Gambian embassy there on Thursday.

Troops from several West African nations, including Senegal, had been deployed in The Gambia, threatening to drive Mr Jammeh out of office if he did not agree to go.

Mr Jammeh's decision to quit came after talks with the presidents of Guinea and Mauritania.

Guinea's President Alpha Conde was with Mr Jammeh and his wife on the plane that left Banjul late on Saturday.