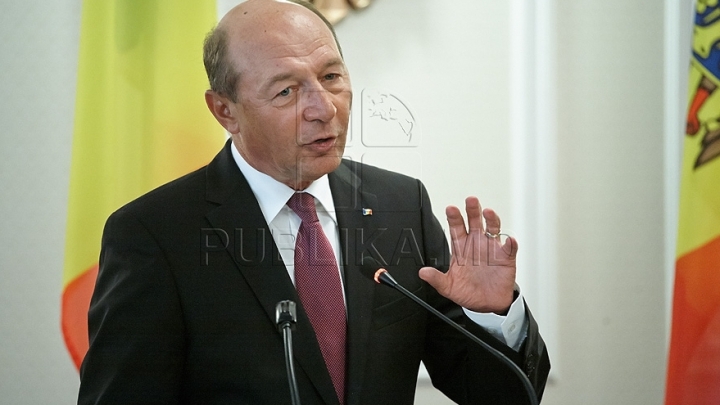 Traian Basescu and his wife have requested the citizenship of Moldova and on March 8 handed a request to the Presidency in Chisinau.

Basescu has declared in July 2013, after a visit to Moldova, that after finishing its Mandate as president of Romania “maybe” he will request for Moldovan citizenship as a sign of respect and love for Republic of Moldova and its people.

A week later, Traian Basescu said that he is absolutely firm to ask for Moldovan citizenship, saying that he would like for Romanian people to live in one country. “If now we cannot have Romanian citizenship in both countries, at least I should have both citizenships” said Basescu.

In April 2015, Traian Basescu has renewed his wish to become citizen of Moldova, but in that period the political situation in Moldova wasn’t that good for such a request, says Moldova.org.

Also in april 2015 Basescu was decorated by president Nicolae Timofti with the order “Stefan cel Mare”, the supreme military decoration of Moldova.

The order was given to Basescu “as a sign of deep gratitude for his special contribution to the promotion of stability, security, and democracy in the area and for continue support given to Republic of Moldova in the process of forming the staff in defense, security and public peace protection” according to the Presidency in Chisinau.