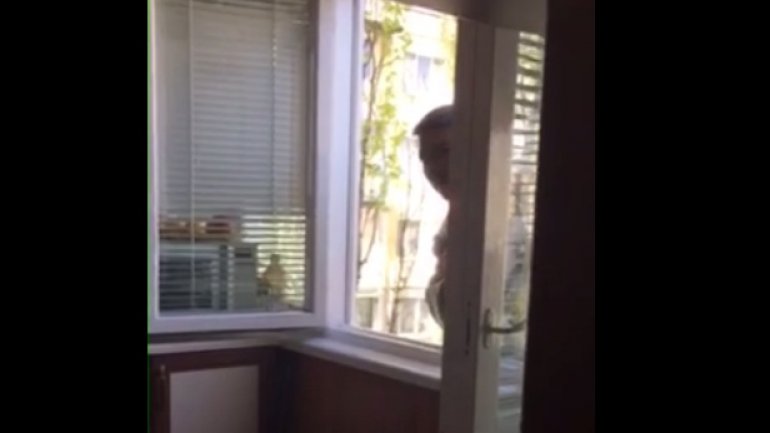 Read also: To get away from CNA ex-president of district Criuleni attempted to jump from sixth floor

The moment was captured.