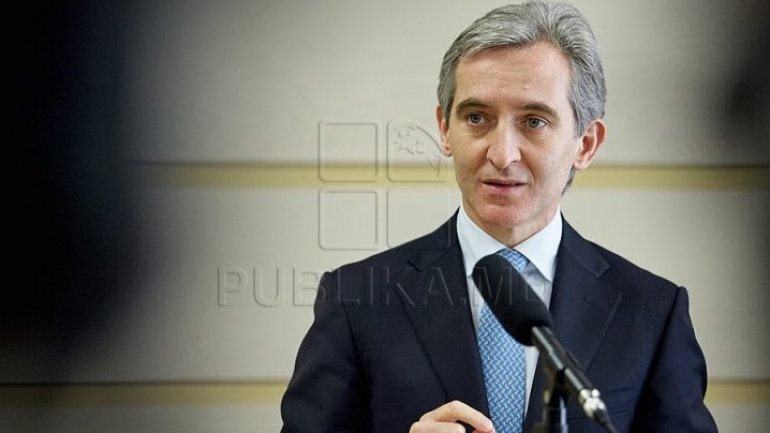 Andrei Nastase, the Internal Minister, was responsible for leaking the personal information which put the people's life in danger, former PM Iurie Leancă declared after information about his border crossing (time, border post, his car, money he had) was published on the press.

Iurie Leancă said he would sue against the people who abused their functions. Andrei Nastase yet to comment on this issue.

Recently, the press published articles that Iurie Leancă crossed the state border with invalid diplomatic passport and had 50,000 euros.

On his Facebook page, Iurie Leancă wrote that his diplomatic passport is valid until 2024 and was issued according to the Law on identity documents in the national passport system, by the Ministry of Foreign Affairs and European Integration, as a former prime minister and according to the status of extraordinary plenipotentiary ambassador obtained in 2000.

The Foreign Minister Nicu Popescu has yet issued statement on the information over illegality of Iurie Leancă's diplomatic passport.

As for the 50 thousand euros, Iurie Leancă claims that his savings were made during the time he worked as a diplomat in The Hague, with a salary of 10,000 euros a month, but also when he was vice president of a successful company from Moldova.

However, Iurie Leancă was outraged when this strict information, which should be used only for customs, appeared on the press. The former PM accused the Internal Minister Andrei Nastase of spreading the false information. According to Iurie Leancă, PPDA leader reckons "to deoligarch" to spin the political opponents.

Asked to comment, representative of Customs Service said no customs fraud was indicated on Iurie Leancă. About confidential information, this person admitted that it couldn't be disclosed for personal purpose apart from the cases provided by the law.