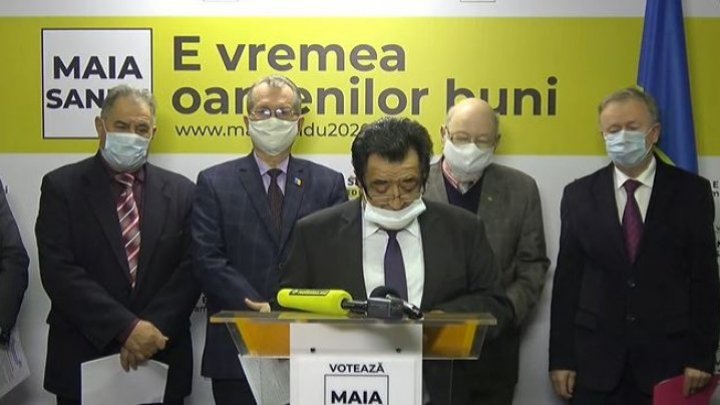 A group of MPs from the first Moldovan Parliament urged all citizens to vote for Maia Sandu in the second round of the presidential election.

"We call on all citizens of the Republic of Moldova to stop ignorance and support the pro-European itinerary on November 15. Following the opponent of Maia Sandu means to incline the future of our children to the same mafia and oligarchic system that we did not escape with the flight of Plahotniuc, to worship the new empire more aggressive than the Soviet, or it means to give fire ourselves declaration of independence, without hope of ever restoring it", said Pintilie Pîrvan, president of the association of the parliament of independence.

At the same time, the deputies of the first Parliament addressed the young people:

"Young men and women, who for various reasons did not express their right to vote. You did not participate in the exercise of national sovereignty, or you voted in the first round for other candidates. Come to the polls as your parents and grandparents did in the years 89-90 at the great national assemblies. As our compatriots from the diaspora showed us on November 1st. Come and rehabilitate the dignity of those who have been humiliated and mistreated and reopen your path to such a future.

We are convinced that by voting for Maia Sandu as president, an honest person and a professional, we can together bring about changes by uprooting corruption, theft, injustice, removing corrupt politicians from power, freeing justice and state institutions from captivity. With Maia Sandu as president, the Republic of Moldova will truly resume its European path, ”said Pintilie Pîrvan.