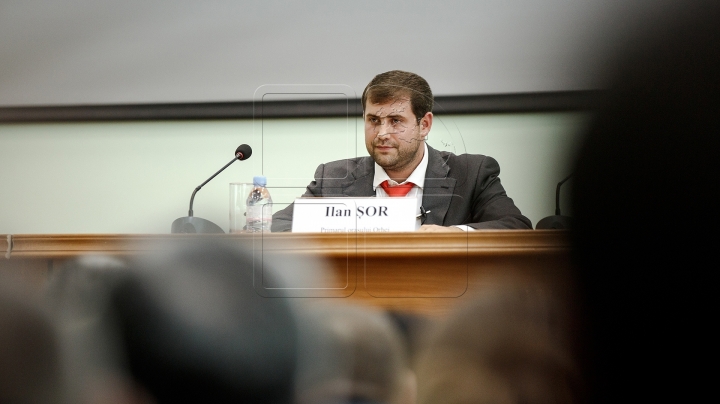 If Shor was guilty, he would have sold his fortune and would have run from the country.

This is the opinion of the former leader of the Political Party "Ravnopravie", Valerii Klimenko.

Also Klimenko has declared that Shor has become a threat for Moldovan politicians, after being chosen as president of the Party Ravnopravie. Moreover, Klimenko declares that Shor has been detained for the changes he did in Orhei.

The former leader of Political Party "Ravnopravie" also declared that if Shor would have been involved in all felonies he is accused of, he would have sold all his fortune and would have run from the country.

PUBLIKA.MD reminds that Ilan Shor has been detained for 72 hours, in a case of embezzlement in very large proportions and of money laundering, including from bank credits taken from Banca de Economii.

The General Prosecutor’s Office has opened in December 2014 a penal investigation regarding shady transactions between Banca de Economii and Banca Sociala.

In February 2015, CNA officers did ample searches, including in the house of Ilan Shor. In May 2015, the businessman was placed in house arrest for 30 days, being accused in BEM case.

Anti-corruption prosecutors have levied on his propriety. It was Shor who denounced the former PLDM president Vlad Filat, admitting that he gave him a bribe of 250 million US dollars.

Also, Ilan Shor owns many companies inherited from his father. He is also owner of the football club "Milsami" Orhei.

Ilan Shor was born in Tel-Aviv, Israel, and when he was two years old, his family moved to Chisinau.

Since 2010 he is married to Russian singer Jasmin.