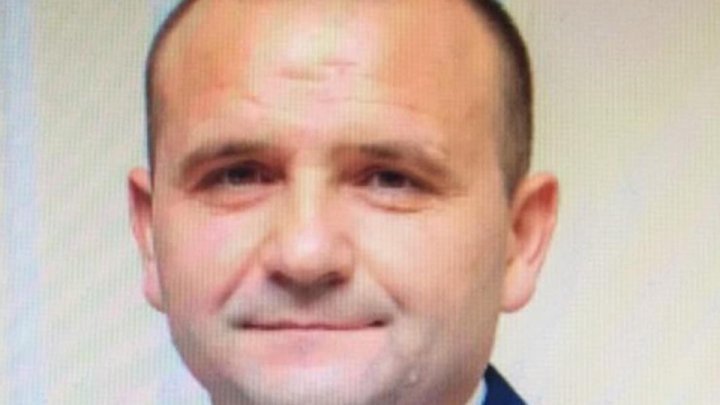 The former leader of the Special Operation Direction, Valeriu Cojocaru, made a statement on his Facebook page. This comes after the Minister of Interior, Andrei Nastase, formed a "working group at MoI with the purpose to conduct a frontal control the SoD activity'. Cojocaru considers that Nastase follows a petty purpose and wants to reckon this division.

'As a former leader of the No.5 Direction (special operations), which currently is subject to an unprecedented political reckon from the actual Minister, of Interior, Andrei Nastase, I come with some reactions and recommendations.

As an introduction, I want to make public that recently, at the order of the Minister Andrei Nastase, was created a working group from MoI employees with the purpose to conduct a frontal control of DOS' activity. I firmly believe that Minister Nastase is following a petty purpose to reckon this subdivision, which carries out activities to enforce statehood and constitutional order in Moldova.

Before giving these abusive indications regarding this subdivision's frontal control, Andrei Nastase was obliged to at least read and respect the Direction's Regulations, where all the competences of the division are outlined. if he would have read that, he would have known that this control increases the risk of sensitive information and classified personal data leak, that would put in danger the lives of many law enforcement officers.

According to its Regulations, the Special Operations Direction in in charge to monitor any illegal individuals' of groups' actions aimed to violate the constitutional order of RM, as well as to monitor all the mass-actions (meetings, rallies, flash-mobs) in their preparing period, as well as in theor deploying time, with the purpose of mass-disorder risks identification aimed to a violent take-over of the state power, said Valeriu Cojocaru.

Valeriu Cojocaru also considers that the Minister of Interior Nastase is making abuse of power:

'The Direction has more competences, but I want to refer to the competences mentioned above and to point-out why the Minister Andrei Nastase is misusing his power and is so keen to find out in which activities the special operations direction has been involved in the last years period;

- Andrei Nastase appeared in the public space in RM in February 24, 2015, while launching the civic platform Dignity and Truth (DA) by a group of opinion creators, journalists, former officials, which declared organization of massive rallies against governance. From that moment, this civic platform, led by Andrei Nastase, organized until 2019 multiple rallies with the participation of thousands supporters. The special operation direction, in the limit of the given competences, permanently monitored these meetings with the purpose to identify the persons that had violent intentions to cause mass-disorders with a subsequent change through violence of the constitutional order of RM.

I won't refer to all the legal methods applied by DOS employees in the rallies preparing and deploying periods, but I will refer to the intentions of some activists and DA Platform supporters that weren't peaceful at all in the rallies preparing and deploying process, the complexity of the undertaken measures notes that the last ones were provoking people to violence and undertaking state power through different ways, a fact that obliges the DOS officers to register the gathered information in a legal manner with a subsequently transfer to the criminal charge enforcement or prosecution for taking a further decision according with the Art. 274 CPP, subsequently based on the probation gathered material, were started some criminal charges on mass-disorder preparing intentions by the DA Platform leaders and some fierce supporters of them, urging to change the governance through violence. Within these criminal charges, by the working groups formed by prosecutors, criminal charges officers and DOS investigation officers, was done a considerable work directed to identify the violent intentions of the protesters, identifying their IDs with which they subsequently were making prophylactic discussions being explained to them that their provoking methods are illegal, so, DA Platform leader's intentions, among with Andrei Nastase and other supporters were all messed up by the DOS officers that identified in time and prevented the risks. Due to the successful operations of the DOS officers, it was possible for the rallies participants to be in maximum safety and the protests to be carried out peacefully, for which Andrei Nastase should thank these officers, because due to their effort, all the rallies organized by you were peaceful and only due to them you got into power in the result of a democratic exercise as the Parliamentary election, because only they haven't admitted the violent plans to be put into action by you and the DA Platform supporters.

Resuming, it is normal for now, being Internal Minister to reckon with this subdivision which winded your violent methods of undertaking the power.

Naming this control a illegal one, Andrei Nastase, being familiarized with an investigation of the journalistic investigation portal rise.md, wants to find-out more details because in this investigations was targeted the 5th Direction. I can tell, Nastase, that the 5th Direction employees activated in criminal charges groups, fulfilling prosecutor's indications, all of them being based on prosecutor and judges mandates' orders, the results of measures exerting at their ending were sent to the prosecution enforcement in a law-provided method.
Being targeted in rise.md investigation, you, Nastase, didn't have the right to organize this frontal control, because you entered in a interest-conflict zone and leave the prosecution enforcement to expose on this investigation, because of your actions being caught under a interference in the criminal charge and power misusing, a fact about what the general prosecution would be necessary to notice to judiciary appreciate your actions.

You permanently pleaded that you are a fierce law protector.

Also I want to refer to the declarations made by Sorin Stati, believing the special operation direction to be involved into illicit trade protection actions, being a total aberration that is false, a fact that my colleagues also can confirm, that every control submitted by the prosecution enforcement can demonstrate that Sorin Stati carry a false and aberrational character.

In the end, I want to address to the Minister Andrei Nastase to stop the pressures upon DOS officers, because all their actions were provided by the law and respect please the Art. 17 of the Law 59 from 29.03.2013, in contrary, you risk to be criminally charged by a free and independent prosecutor.

Be strong my dear colleagues from the DOS, the patriotic spirit towards the country which you have shown in the last period, an uneasy one.

With respect and consideration towards the real policem