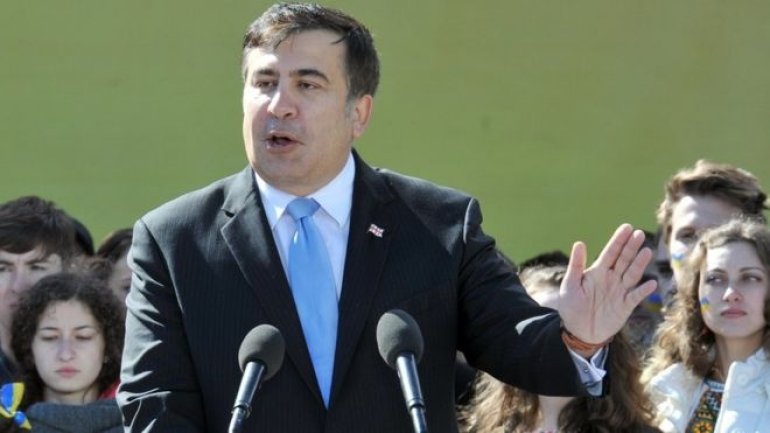 He accused Ukrainian President Petro Poroshenko of backing corrupt officials who, he said, were undermining his reform efforts in Odessa.

Mr Poroshenko appointed him Odessa governor in May 2015, with a remit to fight corruption in the key port city.

His resignation followed that of the Odessa police chief and fellow Georgian, Giorgi Lortkipanidze.

"In Odessa region the president is personally supporting two clans," he said - clans which he described as criminal and corrupt.

"This is going on quite openly. Odessa region is being handed over not only to corrupt people, but also to enemies of Ukraine," he said.

"I'm sick and tired of all this. So in this situation I decided to resign and start a new phase of struggle."

He did not specify what role he would take up next.

He expressed disgust over the fortunes that some Ukrainian politicians revealed recently in official declarations.

He said "they declare brazenly that they have billions in cash alone, and on top of that they get state aid - from those very pensioners who collect their last kopecks with shaking hands to avoid dying of hunger".

Mr Saakashvili was granted Ukrainian citizenship after leaving Georgia, where his presidential term ended in 2013. Soon after, he was accused of abuse of power - charges that he denies and says are politically motivated.

He is a fierce critic of Russian President Vladimir Putin, whose forces expelled Georgian troops from two breakaway Georgian regions - South Ossetia and Abkhazia - in 2008.