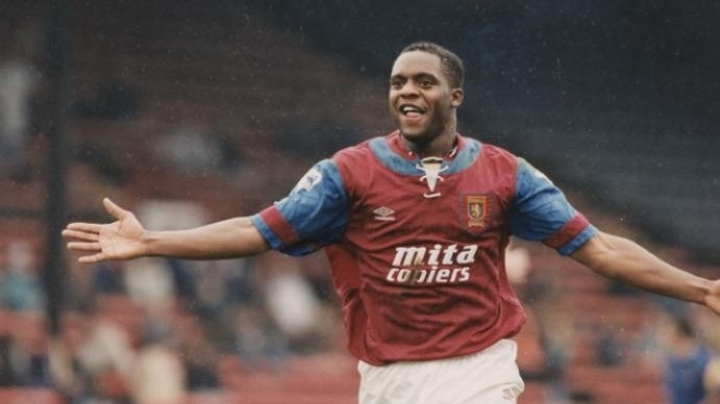 Former Aston Villa footballer Dalian Atkinson has died after being Tasered by police, reports The Telegraph.

The 48-year-old died in the early hours of the morning following an incident at his father's home in the Trench area of Telford, Shropshire.

Officers were called to an address in Meadow Close in the town at around 1.30am following reports of concern for a person.

The ex-striker's father said his son had been in an extremely agitated state before the incident.

A neighbour said they had heard a disturbance in the street in the early hours.

West Mercia Police said they were called to a disturbance at around 1.30am on Monday during which a man was Tasered.

Despite the former footballer receiving medical attention, he was pronounced dead at around 3am.

The incident has now been referred to the Independent Police Complaints Commission (IPCC).

Atkinson was part of Aston Villa's Coca Cola Cup winning side of 1994, scoring in the team's 3-1  win over Manchester United.

He also played for Manchester City and went on to play for a number of clubs around the world including in Turkey, Saudi Arabia and South Korea.

After retiring in 1999 he returned to England, where he was understood to be working as a football agent.

Former colleagues of the player reacted with shock at the news.

His former manager at Aston Villa and Sheffield Wednesday, Ron Atkinson paid tribute to him and described his death as "tragic".