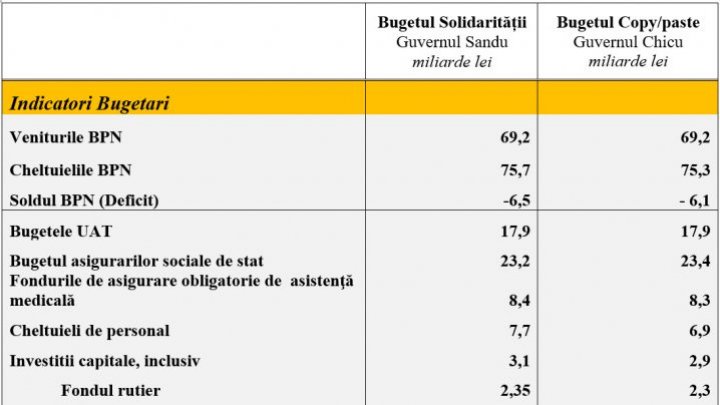 Former Minister of Finance Natalia Gavrilita criticizes the draft law of the state budget for the year 2020, elaborated by the Government headed by Ion Chicu. In a Facebook post, Gavrilita writes that she made conclusions based only on the figures published in the press.

"The press has published recent news about the budget for 2020. If this information is correct, we can compare with the Solidarity Budget drawn up by the Sandu Government and draw some conclusions:

- Dodon's government will reduce personnel costs and will not raise salaries to the level planned by the Sandu Government!

- The capital investments will also decrease, and the Road Fund that Ion Chicu bragged about is at the level proposed in the Solidarity Budget. Where are the 'good roads' he promised?

- Dodon's government does not have sufficient sources of funding and will reduce expenses (by about 400 million).

But the main question is how will this Government finance the budget deficit? How realistic is their budget? We are keeping an eye on them, "wrote Gavrilita .

PUBLIKA.MD recalls the state budget for 2020 will be debated in the government meeting today.